The Prison Gate Museum (Museum de Gevangenpoort) and Prince William V Gallery (Galerij Prins Willem V) will open their doors to the public from 2 September 2010. These two historic buildings on the Hofvijver have just completed extensive renovation and refurbishment. The new complex will offer visitors the opportunity to explore a centuries-old complex that tells the story of legal and royal power in the Netherlands from the thirteenth to the nineteenth century. At the Prison Gate Museum, the building and collection show how Dutch prisoners were incarcerated, tried and punished; at the Prince William V Gallery, visitors will encounter an eighteenth-century royal collection.

The history of the Prince William V Gallery goes back to 1774. In that year William V, Prince of Orange-Nassau and Stadholder of the Netherlands, brought together the most important paintings in his collection in a purpose-built gallery on the Buitenhof. The Gallery thereby became the first public collection in the Netherlands. Today, it has been restored to its former splendour. Many of the 150 or so paintings on display also graced the walls in William V’s day. The collection consists mainly of pictures by masters of the Dutch Golden Age, as well as a number of Italian works and paintings by Flemish artists such as Rubens.

The Prison Gate Museum was originally a mediaeval gatehouse in the centre of The Hague. It was once one of three entrance gates to the castle of the Counts of Holland, on the site of today’s Binnenhof. After two years of restoration, the museum has been refurbished and a larger number of its historic rooms will be open to the public. 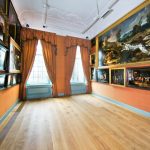 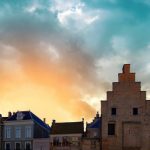