Table of contents, Journal of Historians of Netherlandish Art 2 (2010) 1-2

Kathryn M. Rudy
"Dirty Books: Quantifying Patterns of Use in Medieval Manuscripts Using a Densitometer"
This article introduces a new forensic technique for the analysis of medieval manuscripts, namely, measuring the grime that medieval owners deposited in the margins in the course of reading.

Debra Taylor Cashion
"The Art of Nikolaus Glockendon: Imitation and Originality in the Art of Renaissance Germany"
Nikolaus Glockendon was a sixteenth-century manuscript illuminator who created imitative versions of other artists’ work, including the prints of his contemporary Albrecht Dürer.

Lotte C.van de Pol
"The Whore, the Bawd, and the Artist: The Reality and Imagery of Seventeenth-century Dutch Prostitution"
Drawing on a multitude of observations from the criminal records, the article lays out the main characteristics of prostitution, focusing on how these relate to painted representations of the trade.

Norbert Middelkoop
"Gillis Coignet and the Amsterdam Lottery of 1592: Locating an Extraordinary Night Scene"
An iconographical study of a rare night scene depicting a lottery (1592) by a Flemish painter working in Amsterdam.

JHNA is the electronic journal of Historians of Netherlandish Art. Founded in 2009, the journal publishes issues of peer-reviewed articles two times per year. These articles focus on art produced in the Netherlands (north and south) during the early modern period (c. 1400-c.1750), and in other countries and later periods as they relate to Netherlandish art. This includes studies of painting, sculpture, graphic arts, tapestry, architecture, and decoration, from the perspectives of art history, art conservation, museum studies, historiography, and collecting history. 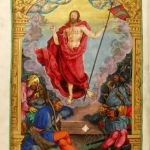