The Rijksmuseum has spent the past two years examining the oeuvre of Hercules Segers and attributed six works to the Dutch landscape artist, the New York Times reports.

Segers maintained contacts with other artists and art dealers, and must have been a productive painter, but only a very small part of his oeuvre has survived – or has been recognized as such. Only twelve of his paintings were known until now.

One of the ‘new’ paintings, the River Landscape With Figures, which is in a Belgian private collection, had been attributed to Hercules Segers before. However, it was discredited in the 1970s by a Segers scholar who was uncertain about its authenticity.

The research was conducted by Pieter Roelofs and Huigen Leeflang, co-curators of the exhibition, with help from Arie Wallert from the University of Amsterdam. They started by establishing a core oeuvre of undisputed works by Segers to get a sense of how he probably worked in his studio.

The Rijksmuseum is presenting the six works among eighteen paintings and a 110 impressions of 54 prints from 7 October 2016 to 8 January 2017. The exhibition Hercules Segers, including some of the newly attributed paintings, then moves to the Metropolitan Museum. 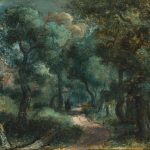 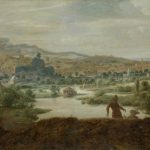 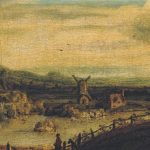 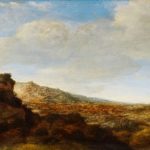