The Royal Museum of Fine Arts Antwerp (KMSKA) announced to open its doors to the public again on 25 September 2022. The largest museum of Flanders has undergone a major renovation and expansion over the past ten years. Within a couple of months, the masterpieces will be moved from storage to the new galleries. In a year, the public will be able to enjoy seven centuries of art in a completely new setting. 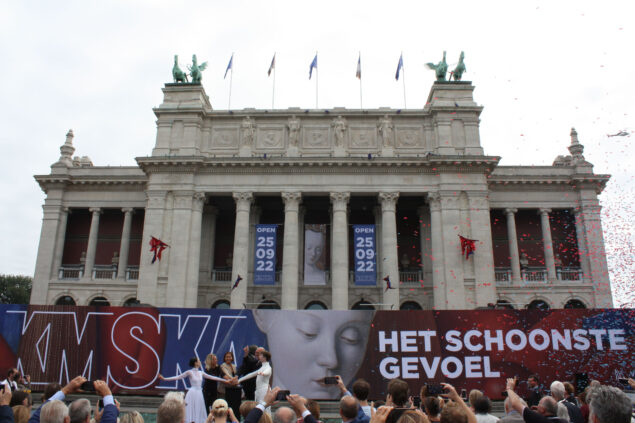 The opening date was announced during a festive event in front of the museum (photo: An Sofie Nedée)

In 2004, KAAN Architects from Rotterdam was appointed to design a master plan for the KMSKA. The museum closed its doors to the public in 2011. The ambitious plan would be carried out in several stages, spread over time. The initial plan was to reopen the museum section before all parts of the master plan were completed. The complexity of the works turned out to be too great.

Ticket sales start six months before reopening. For more news and information about the renovation, you can visit the completely renewed museum website.