In the coming months, the Royal Museum of Fine Arts Antwerp will work closely with international museums such as the Kunsthistorisches Museum in Vienna, the Metropolitan Museum in New York and the Prado in Madrid. The Antwerp museum will lend a number of masterpieces to various museums and facilitate the exchange of knowledge.

The world-famous painting the Venus Frigida by Peter Paul Rubens travelled from Antwerp to Vienna. The painting from the collection of the KMSKA will be restored in the KHM. Afterwards, the work will shine in all its glory in the exhibition on Rubens’s portrayals of the Metamorphoses. Conservator Nico Van Hout (KMSKA) is giving a workshop to his Austrian colleagues on the study of paintings with the help of False-Colour Infrared (FCIR). This is a technique whereby traditional infrared images can be interpreted more easily. This collaboration between the KMSKA and the KHM falls in line with a series of exchanges amongst international top museums in the area of loans, restorations and the sharing of expertise.

In the United States of America, the Metropolitan Museum in New York previously restored the Portrait of a Man by Jan Gossaert from the KMSKA. Due to the fact that the Antwerp museum is closed for renovation works, the portrait is hanging momentarily in the permanent collection of the Metropolitan. In March, the newly refurbished Breuer Building on Madison Avenue opens with the exhibition Unfinished, in which the painting Saint Barbara by Jan van Eyck, another masterpiece from the KMSKA collection, will be one of the highlights.

Last summer, the Ensor specialist Herwig Todts (KMSKA) worked on a project on that Belgian artist at the Getty Museum in Los Angeles.

Collaborating with Madrid and Dresden

This summer, the KMSKA works together with the Prado in Madrid on the figure of Clara Peeters. The Royal Museum is organising an exhibition in the Rockoxhuis around this 17th-century still-life artist. This exhibition will move to the Spanish capital in the autumn. In 2014, the Madonna by Jean Fouquet was to be seen for a period of time in the Prado, and last year the KMSKA loaned out Van der Weyden’s altarpiece, The Seven Sacraments.

Next year, the Royal Museum is planning an exhibition on the 17th-century Flemish landscapes in collaboration with the Gemäldegalerie in Dresden.

Director Manfred Sellink says: “The Royal Museum of Fine Arts in Antwerp is not as large as the aforementioned foreign top museums, but with respect to the collections, achievements, research and know how, it can indeed compete in the same league.”

The KMSKA reopens its doors in February of 2019. With the opening, the focus will again be placed upon its own collection and the renovated building. In the autumn, a prestigious exhibition on the 16th-century art in Antwerp opens: The Age of Bruegel. 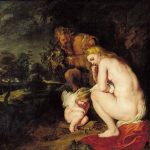 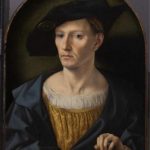