Pijbes has been the General Director of the Rijksmuseum since 1 July 2008. The first five years of his directorate were marked by the reopening of the Rijksmuseum after a total renovation of the building and an internationally acclaimed reinstallation.

Wim Pijbes has always been a great supporter of CODART. During his directorate the Rijksmuseum became one of the first Institutional Member of CODART. We would like to thank him for his support and for his hospitality during the CODART anniversary symposium in 2013 and the CODART ZEVENTIEN Congress in 2014.

In a statement Pijbes said: "It was with great pleasure and dedication that I completed the tasks that I had set myself when appointed. I was entrusted to lead one of the most beautiful museums in the world. With a team of fantastic and enthusiastic colleagues we were able to reopen the Rijksmuseum. The building is now open and thanks to our internationally renowned website the collection is visible to all. I am proud that visitors of all ages enjoy the gardens and the Teekenschool. The Rijksmuseum is in the hearts and minds of the public, and that makes me enormously grateful.” 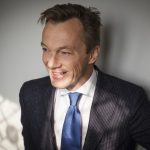 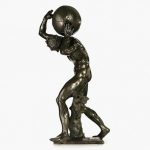