The 2020 European Heritage Awards/Europa Nostra Awards saw the Rubens House honored with one of the world’s most renowned heritage prizes for the restoration of its portico and garden pavilion. The Rubens House was one of 21 heritage institutions to be recognized. The jury commended not only the restoration of these features – the only remaining architectural elements by Rubens himself – but also the design and the installation of the glass canopy. 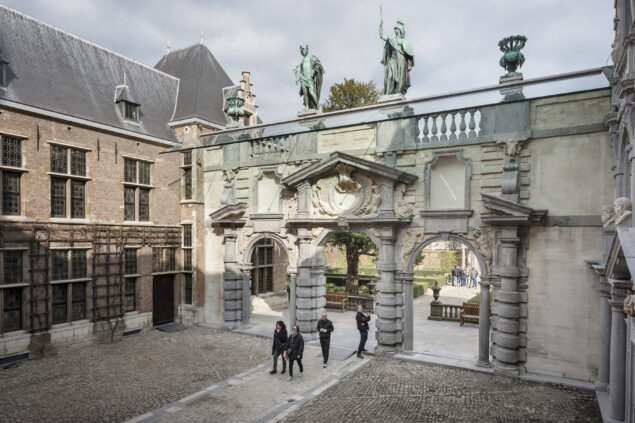 The restoration of the portico and the garden pavilion at the Rubens House was announced as one of the winners in the ‘Conservation’ category of the ‘2020 European Heritage Awards/Europa Nostra Awards’. Together with 21 prize-winners from fifteen European countries in six different categories the Rubens House was recognized for this year’s awards. The restored portico and garden pavilion won in the most sought-after category, together with other institutions like the Museum of Fine Arts in Budapest (Hungary) and the Basilica of Santa Maria di Collemaggio in L’Aquila (Italy).

Heritage lovers can cast their vote at vote.europanostra.org for their favorite prize-winners to decide which organization will receive this year’s Public Choice Award. The winner will be announced after the summer and will receive a cash prize of 10,000 euros.