A portrait by Van Dyck that has been discovered in 2013 during an episode of the BBC’s Antiques Roadshow  has been acquired by the Rubenshuis. Ben van Beneden, director of the Rubenshuis announced this today during a presentation in Antwerp. The painting has been given to the museum on long-term loan by a private collector.

The portrait is a preparatory study for a life-size painting featuring seven Brussels aldermen (known as the Magistrates of Brussels) and depicts one of them, a Brussels magistrate. The group portrait was destroyed during the French bombardment of Brussels in 1695 and all that is left is a sketch of the group portrait and four preparatory studies of the aldermen’s heads. The portrait that can be seen in the Rubenshuis is one of the four studies, with two others in the Ashmolean Museum in Oxford and the final one in a private collection.

The sketch was turned into a full portrait a good while after the death of Van Dyck, as it was considered to be more sellable as a completed work. The later additions were removed during restoration and the somewhat boring portrait once again became a surprising and animated preparatory study. The difference between the two versions is nothing short of spectacular, with the sketch demonstrating how Van Dyck could characterise a personality with just a few skilled brush strokes.

Van Dyck’s Sketch of one of The Magistrates of Brussels will be on show in Antwerp until 10 February 2015, after which the portrait will be sent to the Frick Collection in New York for the exhibition Van Dyck: The Anatomy of Portraiture.

Ben van Beneden presents the new acquisition in  a compilation that includes footage of the Antiques Roadshow episode. 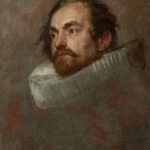 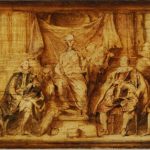 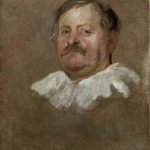 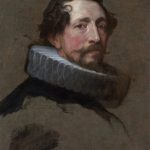