This autumn, together with ‘The Peasant Feast’ (1550) by Pieter Aertsen and ‘The Slaughtered Ox’ (1566) by Marten van Cleve, Bruegel’s fragile panel will travel to Museum Boijmans Van Beuningen. In 2018 ‘our’ Bruegel masterpiece, ‘The Tower of Babel’, and two of his rare drawings will be going to Vienna for a major retrospective.

This exchange, for which the two museums have been preparing for years, has made possible the special exhibition at Boijmans spotlighting the pioneers of genre art. Prior to 1500 painting was the sole preserve of the church; the only exceptions were portraits of dignitaries. Artists really only discovered everyday life in the sixteenth century: Aertsen was one of the first to paint peasants. Van Cleve painted a slaughterhouse and Bruegel began by painting the ‘ordinary’ Flemish landscape. In so doing they started a tradition that continues to this day. Van Cleve’s ox was the forerunner of similar paintings by Rembrandt. ‘In aesthetic terms, Bruegel’s paintings belong in the highest category in Western art history and so we are absolutely delighted to be able to show them to the public in Rotterdam,’ said curators Friso Lammertse and Peter van der Coelen. 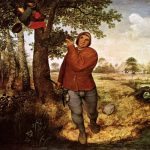 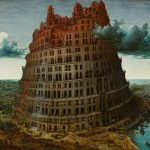