The European Museum of the Year Award was founded in 1977 under the auspices of the Council of Europe. The award goes to a museum which contributes most directly to attracting audiences and satisfying its visitors with unique atmosphere, imaginative interpretation and presentation, a creative approach to education and social responsibility.

Motivation from the European Museum Forum

This world-famous museum was closed for almost a decade to allow for a complete overhaul of the building, which enabled the creation of new concourse spaces, much better visitor services and circulation. The stunning restoration of original wall-paintings, the elegant rehang of its world-famous paintings, the Museum’s new historic galleries which integrate all the collections, a new Asian Art pavilion and a new medieval gallery: all celebrate the range and depth of the Museum’s collections vividly.

The renewed Rijksmuseum offers impressive multilingual guidance to its visitors, witty and thought-provoking interventions in the galleries, and a state-of-the-art website for virtual visitors. Not immediately obvious to the visitor are the museum’s diverse educational and outreach programs. The ambition to “reach every child in the Netherlands by the age of twelve” is notable, impressive and achievable. This is a great museum, at the height of its powers, providing a rich experience to the public, and a socially aware outreach program for visitors of all ages.

Director Wim Pijbes of the Rijksmuseum is happy and proud that his museum has won. ‘We have signed in more than a year ago and we had to submit a large checklist. Tonight there was still a final presentation on the spot, after which the jury-judgment followed.’

This year there were 42 nominees. Next to the Rijksmuseum also the Nationaal Archief in The Hague, the Dutch Resistance museum in Amsterdam and the Portuguese Synagogue in Amsterdam could have won the price.

The European Museum Forum is a part of the Council of Europe. Since 1977, the Organization presents the price for the museum of the year. The Netherlands received the award a number of times before. In 2005 the Dutch open air museum in Arnhem was the lucky winner. The Zuiderzee museum in Enkhuizen won the prize in 1984 and Museum Catharijneconvent in Utrecht got the award in 1980. 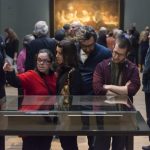 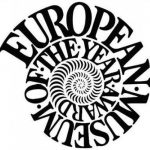