In December 2014, just before the Hermitage in St Petersburg celebrated its 250th anniversary, the so-called Tent Room – the largest room of Dutch paintings – was reopened after undergoing restoration. This room, which is named for its unique gabled roof, is one of the largest in the New Hermitage. The decorative painting of the interior includes ancient motifs, and sculptural elements crown the window pediments. Today the room contains, as it did in the nineteenth century, paintings by Dutch artists, including works by Jacob van Ruisdael, Pieter Claesz, Willem Kalf and Willem Heda, genre paintings by Jan Steen and Pieter de Hooch, and two portraits by Frans Hals. Many of the frames now have non-reflecting glass, and this, in addition to the new lighting system, makes these Old Masters easier to view, even on dark days.

The exhibition space for Dutch masters has been expanded to include half of the Petrovskaya Gallery, the whole of which will be used at some point in the future. The paintings on display here include monumental still lifes and landscapes by Jan Baptist Weenix, Jan Both, Jan Wijnants, Dirck Wijntrack, Melchior de Hondecoeter and others. Many of these paintings were previously in the depot and could be supplied with new black frames, thanks to the support of the Dutch Friends of the Hermitage. Several paintings by Rembrandt – displayed, until recently, in the gilt frames typical of nineteenth-century taste – have also been given frames made in seventeenth-century style.

The restoration of Rembrandt’s Portrait of a Young Man in a Black Suit with a Lace Collar, which took more than a year, has now been completed. The yellowed varnish and old retouches were removed, thereby exposing the original paint layers. The results of the technical research carried out before restoration have been published in the catalogue produced to accompany the exhibition: ‘Реставрация в Эрмитаже. Взгляд сквозь призму времени’, Conservation in the Hermitage. Through the prism of time. 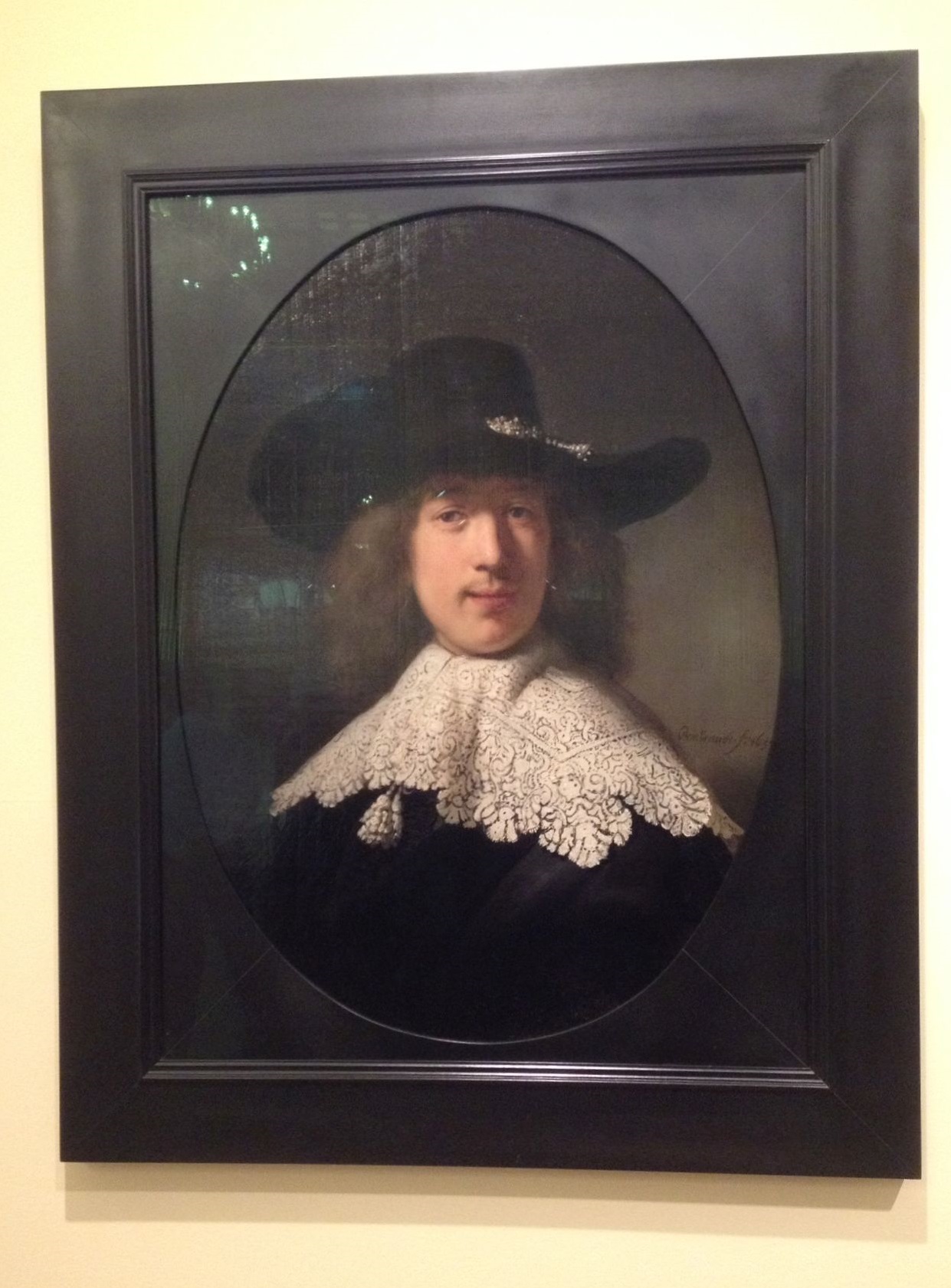 The recently restored and reframed Rembrandt.