On 4 July we reported on the plans of the Stiftung Preussischer Kulturbesitz to move the old master paintings from the present building on Potsdamer Platz. The decision has caused much outcry since it is felt that many paintings will disappear in storages indefinitely. Last week Dr. Julien Chapuis communicated a letter by Prof. Dr. Michael Eissenhauer, director of the Staatliche Museen zu Berlin – Preußischer Kulturbesitz. Chapuis writes: “As you can imagine, we have been deluged with letters of protest. We have been called headless, scandalous, iconoclasts, and traitors – and this in the more serious papers. […] I have long believed in the integrity of the forward-looking policies formulated in Berlin since the fall of the Wall and left the Metropolitan Museum in 2007 because I am convinced that the reorganization of the Berlin Museums is the most important cultural project in Europe since the completion of the Grand Louvre. My colleagues and I are committed to overseeing the reunification of the Gemäldegalerie and the Skulpturensammlung according to the highest aesthetic, scholarly, and conservation standards.” Below is the letter of Prof. Dr. Eissenhauer, addressed to Max Anderson, director of the Dallas Museum of Art.

In response to your inquiry on the future of the Gemäldegalerie which only reached me Saturday morning, I don’t want to hesitate to give you some background information about two problems, which the Staatliche Museen zu Berlin – Preußischer Kulturbesitz have attempted to solve for some time.

First, it has been our intention for several years to return the Gemäldegalerie to the Museum Island and reunite it with the Skulpturensammlung. The island currently offers a panorama of human creativity from Prehistory to the nineteenth century, but painting – arguably the major art form of the last seven hundred years – is absent, since the Old Masters collection is displayed several kilometers away, in a building adjacent to the Neue Nationalgalerie. We want to bring back to life Wilhelm von Bode’s mode of presentation by reuniting in an expanded Bode-Museum the Gemäldegalerie and Skulpturensammlung, two collections he understood to be complementary. The available site for expansion is a plot that is located across the canal from the Bode-Museum and is of equal size. Bode’s philosophy of installation was greatly admired in the United States and served as the model for several American museums. At the Kaiser-Friedrich-Museum, the present-day Bode-Museum, the collections were re-installed in 1933 and sculptures and paintings strictly separated. Reuniting the Gemäldegalerie and the Skulpturensammlung would thus bring back to life a successful Berlin tradition, which was interrupted in the first years of National Socialism.

Second, the 20th-century collections from the Nationalgalerie are almost never on view. The Neue Nationalgalerie by Mies van der Rohe at the Kulturforum is too small to display the collection, which is moved to storage every time a temporary exhibition takes place. The need for permanent exhibition space is compounded by the ensembles by Andy Warhol and Joseph Beuys from the Marx Collection, currently exhibited at the Museum for Contemporary Art at Hamburger Bahnhof, although they long ago ceased to be contemporary and should find their rightful place in the canon of the 20th century. Additionally, Heiner and Ulla Pietzsch recently gave the State of Berlin their superlative collection of Surrealist art under the condition that selections from it must be on view within the holdings of the Neue Nationalgalerie.

On June 12, 2012, the German Ministry of Culture announced that it would make 10 million Euros available to take a first step toward the realization of our plan: to refurbish the Gemäldegalerie so that it can serve as a home for the 20th-century collections of the Nationalgalerie. This solution is a logical one, since the building is next door to the Mies van der Rohe building and it does not require massive transformation. The decision, although hoped for, was made much sooner than anticipated and caught us off guard. Its announcement set in motion the current uproar about the future of the Gemäldegalerie.

We are willing to accept an interim presentation in the Bode-Museum of the Gemäldegalerie and Skulpturensammlung, because we are convinced that without the pressure to find a home for the modern collections, the expansion of the Bode-Museum would never be realized, as no politician would approve funding the construction of a museum to replace one that opened less than fifteen years ago. Given the financial situation, it is an illusion to believe that the German Government would make available, in one go, the funds to implement the entire plan, including the expansion of the Bode-Museum. There is agreement across the political spectrum that the refurbishment of the Gemäldegalerie is just the first step and that others must follow – soon. We are currently preparing the architectural competition necessary for a speedy construction start of the Bode-Museum expansion. Curatorial staff in both the Skulpturensammlung and the Gemäldegalerie is already working on a combined display in the Bode-Museum. Once these plans have concretized, they will be communicated appropriately.

We believe that a condensed display of painting and sculpture in the Bode-Museum for a limited number of years is an acceptable price to pay until the expansion is realized. The press is full of unfounded reports that Van Eyck, Titian, Rembrandt, Watteau, etc. will disappear from the public consciousness for some undefined long period. We reckon that we would be able to exhibit about half of the paintings and half of the sculptures currently on view, which would allow the most important works from each collection to be displayed. We also are in search of an additional temporary exhibition space near the Museum Island in order to be able to show as much of our collections as possible during this transition period. Additionally all of us in charge at the Staatliche Museen zu Berlin – Preußischer Kulturbesitz are in agreement that the first step – the relocation of the Gemäldegalerie – can only be taken, once there is a reliable action plan for the realization of the Bode-Museum expansion.

The Staatliche Museen zu Berlin – Preußischer Kulturbesitz stand at a crossroads: Either a long-awaited solution will be implemented for three of its collections, or the current status quo will be maintained indefinitely. Should the German Government decide to pull back its support and drop the refurbishment of the Gemäldegalerie, this would have disastrous consequences. This would mean that paintings and sculptures would forever be separated, the Gemäldegalerie would remain absent from the Museum Island, and Berlin would probably lose the Pietzsch Collection and never get a home for the 20th century collection. All these prospects are, in our mind, unacceptable. We are convinced that the road we are following will create an ideal situation for all three collections involved: the Gemäldegalerie, the Skulpturensammlung, and the Nationalgalerie. We ask our colleagues in museums and universities around the world to support us in this endeavor.

Dear colleague, I very much hope that my comments help you understand the current situation in Berlin and that you recognize that much of the criticism directed at us misses the point of what we are trying to achieve. 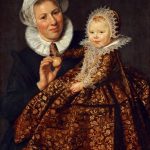