The J. Paul Getty Museum announced yesterday that Thomas Kren, associate director for collections, will retire in October 2015 after more than 35 years at the Getty. Kren joined the Getty Museum in 1980 as associate curator of paintings in charge of the Dutch and Flemish paintings. Four years later, he was appointed the founding senior curator of the department of manuscripts, serving in that capacity until 2010, when he assumed his current position as associate director for collections. Kren has been a member of CODART since 2008.

Information from the museum, 26 February 2015

“Thom Kren has dedicated more than three decades to the Getty and through his scholarship and skilled management has made a number of critical contributions that have helped shape the Getty Museum into one of the world’s leading cultural institutions,” said Timothy Potts, Director of the Getty Museum in making the announcement. “The Department of Manuscripts that Thom created more than 30 years ago is widely recognized as one of the most important collections in the United States, thanks both to the high quality of acquisitions he secured for the Museum and to the highly ambitious exhibitions and publications he oversaw. In his more recent role as Associate Director for Collections, Thom has been an invaluable adviser to me since I joined the Getty nearly three years ago. While everyone at the Getty will miss his daily presence, we look forward to continuing to work with him as a guest curator on a major exhibition on the nude in Renaissance art that will open at the Getty in 2018."

In conjunction with the announcement of Kren’s retirement, the Museum also announced his replacement. Richard Rand, currently Senior Curator of Paintings and Sculpture at the Clark Art Institute in Williamstown, Massachusetts, will join the Getty Museum in early September as Associate Director for Collections.

“Richard has been at the Clark for more than 17 years where he has distinguished himself through the quality of the Institute’s acquisitions – especially in Italian, French, and British paintings – and in their program of highly important and innovative exhibitions,” commented Potts. “He is the ideal candidate to fill Thom’s position and oversee the future growth and development of the Museum’s collections, exhibitions, and scholarship; and I am pleased that there will be overlap in their tenures to help ensure a smooth transition. I know that Richard will contribute greatly to the senior management of the Museum and continue to distinguish himself in his new role at the Getty.”

About Thomas Kren
Thomas Kren is the author of numerous scholarly publications and curator of multiple exhibitions at the Getty and elsewhere. With Scot Mc Kendrick, Kren organized the exhibition Illuminating the Renaissance: the Triumph of Flemish Manuscript Painting in Europe, which was shown at the Getty and at the Royal Academy, London in 2003-2004. Named by Apollo Magazine its Exhibition of the Year for 2004 Illuminating the Renaissance was awarded both the Eric Mitchell Prize for best exhibition catalogue in the English language for 2003 – 2004 and the International Eugène Baie Award, given every five years by the Province of Antwerp, for the best publication on Flemish art. In 2004, Kren was named Foreign Associate of the Académie Royale d’Archeologie de Belgique, Brussels. With Mark Evans, he organized A Masterpiece Reconstructed: The Hours of Louis XII, an exhibition that showcased a long lost royal prayer book illuminated by the French royal artist Jean Bourdichon. The exhibition was shown at the Victoria & Albert Museum in London and the Getty in 2006-2007.

In recent years, Kren has been conducting research on the origins of the nude and its reception in northern Europe. From this research, he is developing a major international loan exhibition that will be presented at the Getty Museum in 2018. 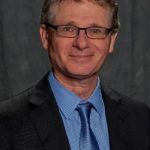