The paintings by Rubens, Tintoretto and others that were stolen from the Castelvecchio Museum in Verona last year have been found in Ukraine, Italy’s culture minister said Wednesday.

The recovery of the seventeen paintings follows the arrest in March of twelve suspected members or accomplices of a Moldovan gang which the Italian authorities believe carried out the heist in November 2015.

The retrieved paintings include Portrait of a Lady by Rubens and a male portrait by Tintoretto, as well as works by Pisanello, Bellini, and Hans de Jode. The Conversion of Saul by Guilio Licinio was damaged during the robbery but has since been successfully restored. 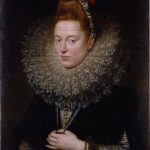