The exhibition Vermeer, Rembrandt and the Golden Age of Dutch art: masterpieces from the Rijksmuseum at the Vancouver Art Gallery will be the largest and most significant collection of 17th century Dutch art ever presented in Canada. On view from May 10 to September 13, 2009, the exhibition of 128 works of art features some of the finest paintings by celebrated masters such as Hals, Rembrandt and Vermeer, as well as a remarkable selection of drawings and decorative arts. Organized by the Vancouver Art Gallery in collaboration with the Rijksmuseum, Amsterdam, Vermeer, Rembrandt and the Golden Age of Dutch Art is the most important international exhibition of historical art ever displayed in Vancouver.

“We are extremely privileged to have collaborated on this exhibition with the Rijksmuseum, which houses the finest collection of Dutch art in the world,” said Kathleen Bartels, director of the Vancouver Art Gallery. “Through this important international partnership, I am proud to say that we are able to present an exhibition of some of Europe’s most important works of art. This represents a landmark achievement for our organization, and we look forward to sharing this collection with audiences from across North America over the spring and summer.”

The seventeenth century in the Netherlands, a time now known as the Golden Age, saw the new Dutch Republic emerge as one of world’s foremost powers. A confluence of empowering political events, the rise of modern banking and the rewards of expansive maritime exploration and trade transformed the Republic and created a staggering level of wealth. The Netherlands rapidly emerged as one of Europe’s central economic, political and cultural leaders, and in this progressive atmosphere artistic talent flourished. The five decades of the Golden Age set the stage for one of the most spectacular periods in European art history.

“We are extremely proud to be able to share such a large selection of the Rijksmuseum’s finest works with a North American audience at the Vancouver Art Gallery,” said Wim Pijbes, director of the Rijksmuseum. “The paintings, drawings and decorative arts in this exhibition come from a time when the Dutch Republic was at the forefront of the world, leading the way in everything from painting and science to textiles and maritime exploration. I am delighted that this unprecedented era of creativity will be so well represented by the works on display in this exhibition.”

One of the defining aspects of the Golden Age was the rise of a wealthy middle class. Rather than producing work for traditional patrons — the clergy and higher nobility — 17th-century Dutch artists began creating works for affluent merchants and others benefiting from the nation’s newfound prosperity. For the first time, wealthy citizens became the largest consumers of art, and artists responded by creating work that appealed to their tastes. The keen observations of these artists, their astonishing skill and their work depicting people in their daily lives provides a bridge that makes the society of the Dutch Golden Age feel remarkably close at hand.

Vermeer, Rembrandt and the Golden Age of Dutch Art is divided into eight sections: Maritime Power, The Artist and His World, Still Life, The City, The Dutch Landscape, Travelling Artists, Portraiture and Scenes of Everyday Life, each revealing intriguing details about life in the burgeoning Republic. In these works, visitors will see a society fascinated with exploring its new success. Interior scenes and portraits by Gerard ter Borch, Frans Hals and others capture details of lavish clothing, jewellery, decorative objects and architectural interiors, conveying the wealth and sophistication of their patrons. Artists such as Karel du Jardin and Johannes Vermeer depict their well-appointed studios or created portraits of other artists or self-portraits reflecting the new rise in status of the artist in Dutch society. Genre painters such as Jan Steen and Pieter de Hooch created minutely detailed scenes of daily life, including humorous and moralizing scenes of children’s games or peasants drinking and dancing. Painters including Willem Claesz Heda and Aelbert Cuyp portrayed intricate still-life compositions symbolizing the abundance and the brevity of life, and landscapes depicting the Dutch countryside and the prosperity of its new urban centres.

“It is an absolute pleasure to be able to share this stunning collection of art from the Rijksmuseum during the 400th anniversary of the first landing of Dutch explorers in North America,” said His Excellency Wim Geerts, Ambassador of the Kingdom of The Netherlands to Canada. “The artworks in this exhibition were created when the Dutch Republic first came into contact with this wonderful part of the world. Since then the bonds of friendship between Canada and the Netherlands flourished.”

Vermeer, Rembrandt and the Golden Age of Dutch Art is curated by Ruud Priem on behalf of the Rijksmuseum and Lynn Federle Orr of The Fine Arts Museums of San Francisco, and was organized by Thomas Padon, assistant director/director of international partnerships and Ian Thom senior curator of historic art at the Vancouver Art Gallery. 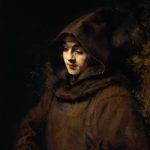 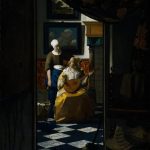