As of 1 November 2009, Willemijn Lindenhovius is curator of Dutch fine and decorative art 1885-1935 at the Drents Museum in Assen. Previously, she worked as associate 19th century art at the Netherlands Institute for Art History in The Hague (2008-09), as fair manager at the Affordable Art Fair in Amsterdam (2007-08), as curatorial fellow at the drawings department of the Harvard University Art Museums in Cambridge, Mass. (2005-07), as independent researcher at the Musée Rodin in Paris (2004), as assistant curator at Museum Jan Cunen in Oss (2003) and as paintings specialist at Glerum Auctioneers in Amsterdam (2000-02). She has collaborated on various exhibitions, including Jacob Maris: a retrospective of the work of a Dutch Impressionist (Oss and Haarlem, 2003-04), Rembrandt and the Aesthetics of Technique (Cambridge, Mass. 2006) and Under Cover: Artists’ Sketchbooks (Cambridge, Mass. 2006) 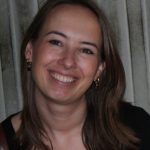