Yesterday it was announced that the Dutch Ministry of Education, culture and science in the Netherlands will cease to subsidize the National Historical Museum as of 1 January 2012. According to one of the directors of the Museum that was still in the process of being founded, this effectively means the end of the museum. The museum was originally planned to be built in Arnhem, but after severe budget cuts in the cultural sector were announced, the 50 million euro new building was canceled a few months ago. Now, after a failed attempt to house the museum in Palace Soestdijk, the former residence of Queen Juliana, the whole idea of a new National Historical Museum seems to have lost political support.

In 2006 two Dutch politicians initiated the project and received support from the parliament to build a museum to raise historical awareness and knowledge among the Dutch. In the five years of its existence, the museum has been the centerpoint of much controversy concerning location, concepts of presentations, subject-matter and finances. Now it seems to be the first victim of the severe cuts in cultural budgets in the Netherlands that are expected to be announced later this week. Parliament will still debate on the issue of the Historical Museum, but chances seem very slim that it will change the fate of the museum.

The projects realized by the museum are visible on its website http://www.innl.nl/ . The directors will try to house the ongoing projects in other institutions. 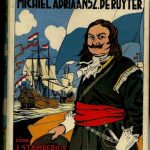