The ART-Curators Award for exhibition of the year 2018 has been awarded to Sabine Pénot, Elke Oberthaler, Manfred Sellink and Ron Spronk for the exhibition Bruegel at the Kunsthistorisches Museum in Vienna. The German art magazine ART presented the annual award for the fourth time at the Cologne art fair last week.

The four CODART members managed to bring together 41 of Bruegel’s paintings for the world’s first major monograph of the artist. The large share of Bruegel paintings made the exhibition a sensation said Almuth Spiegler, correspondent for ART magazine in Austria. She also praised the meticulous scientific and restorative work that was undertaken by the project.

Never before was the prize awarded to an Old Masters exhibition since it was established in 2015. Twelve other projects from Germany, Austria, and Switzerland were nominated this year.

Bruegel was on view from 2 October 2018 to 13 January in Vienna and was the result of a research project on Pieter Bruegel the Elder that started in 2012. The project was a collaboration between Sabine Pénot (Curator of Netherlandish and Dutch Paintings of the Kunsthistorisches Museum), Elke Oberthaler (Head of the Conservation Studio of the the Kunsthistorisches Museum in Vienna), Manfred Sellink (General Director and Head Curator of the Royal Museum of Fine Arts Antwerp), and Ron Spronk (Professor of art history at Queen’s University in Kingston; Hieronymus Bosch Chair at the Radboud University of Nijmegen). 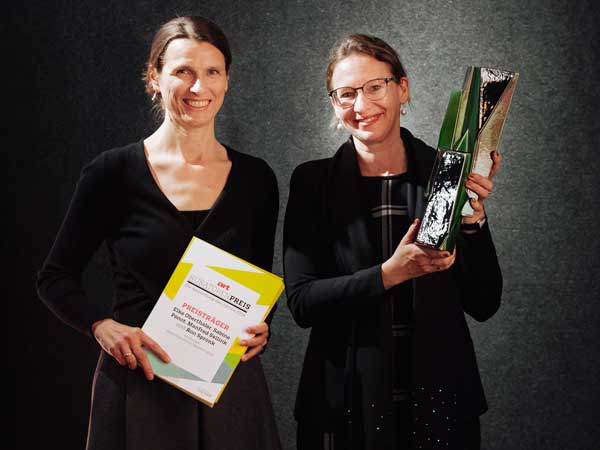