The Bruce Museum announced that its board of trustees has appointed Robert Wolterstorffas Executive Director and Chief Executive Officer. The appointment will take effect on 1 June 2019 and follows the previously announced retirement of CODART member Peter C. Sutton after an eighteen-year career as director of the Bruce Museum.

Wolterstorff has served as Executive Director of the Bennington Museum in Vermont since 2012, leading the 167-year-old museum through a well-received curatorial makeover. In addition to overseeing improvements to its gallery spaces and innovative re-installations drawing from the museum’s collection of 40,000 objects, Wolterstorff spearheaded a series of changing exhibitions that resonated with museum members and attracted new audiences.

“We are fortunate to have someone with Robert’s experience and qualifications to step into the role as leader of the Bruce,” says Jan Rogers Kniffen, Chair of the Board of Trustees. “The Museum has embarked on its transformative, $60 million capital expansion and renovation project, which includes $15 million of added support to the Museum’s Endowment. Robert has a proven track record not only as the creator of innovative, cross-disciplinary exhibitions but also as a museum administrator capable of completing successful capital projects.” 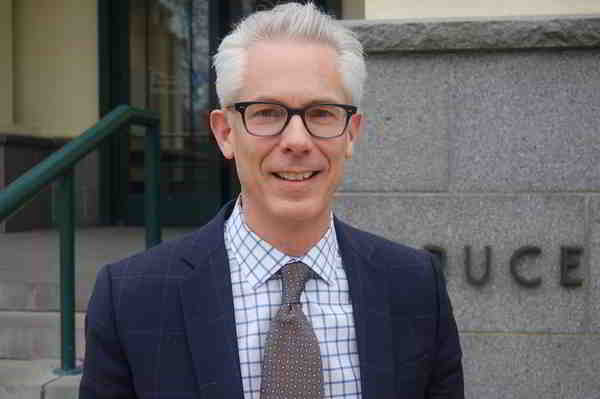 The Campaign for the New Bruce will more than double the size of the Museum, from 30,000 square feet to 70,000 square feet, adding education and community spaces and significantly expanding its space for permanent and temporary installations of art, science, and natural history exhibitions. The centerpiece of the New Bruce is a three-story addition to be integrated with the current structure. Designed by the New Orleans firm of Eskew + Dumez + Ripple, the building will open to Bruce Park and feature a façade of cast stone and glass inspired by the striated walls of Connecticut’s historic rock quarries.

“Peter Sutton has done incredible things during his 18 years here,” says Kniffen. “The exhibitions he created brought national attention to the Museum, and he has positioned the Museum for an exciting future. The Board shares a genuine appreciation for his vision and leadership, and we wish Peter well as he transitions to his new role as Director Emeritus.”