The Dutch Advisory Committee on the Assessment of Restitution Applications for Items of Cultural Value and the Second World War has issued its advise regarding the claim of the heirs of Nathan and Benjamin Katz concerning 187 paintings and 2 tapestries in the Netherlands Art Property Collection (NK Collection) containing art recovered from Germany after the war. The claim has mostly been rejected, but for one painting: Man with a high cap by F. Bol (NK 1668), which ahd been on loan to Museum Gouda for the last 50 years. The commission concludes that in the case of the painting by Bol, ownership of this work by art dealership Katz has been ascertained. Art dealership Katz sold the work to Hans Posse at the end of November 1941. According to the Committee, this transaction was a situation that involved duress.

Summary of the recommendation regarding art dealership Katz (RC 1.90-B) issued by the Advisory Committee on the Assessment of Restitution Applications for Items of Cultural Value and the Second World War

The claim was submitted by 21 descendants of Nathan and Benjamin Katz, among whom two of Nathan Katz’s children, and grandchildren of both Benjamin and Nathan Katz. They live in six different countries and are represented by lawyer Thomas Kline from the United States.

The application for restitution concerns 187 paintings and 2 tapestries from what is known as the Netherlands Art Property Collection (NK Collection) containing art recovered from Germany after the war. The NK collection is part of the Dutch National Art Collection. Today, these works of art are in several different museums and government institutions in the Netherlands. The painting Man with a high cap by F. Bol (NK 1668), the only work the Committee recommends returning, is on loan to Museum Gouda.

The Katz claim was assessed on the basis of restitution policy criteria applicable to the NK collection, which are based in turn on the so-called Ekkart Recommendations for the restitution of artworks of art dealers, which were adopted by the government in 2004 on the advice of a committee headed by Rudi Ekkart. The rules for assessing cases involving art dealers are more stringent than those for private owners. Dutch art dealer policy is based on the principle that an art dealership’s objective is to sell, even during the war and even if the dealers were Jewish.

The first important question when assessing the claim was whether it has been proved with a high degree of probability that art dealership Katz held the title to the claimed works of art. If this question cannot be answered in the affirmative, there is no longer any basis for the claim and a work of art is not eligible for restitution. The applicants were only able to submit a few documents of the art dealership’s records, so that the Committee had few direct sources from which to draw during its investigation.

Following exhaustive research by both the Committee and the applicants, ownership of most of the works has not proved very probable. Although art dealership Katz was involved in trading most of the claimed objects during the war, that fact alone is not sufficient. The fact that art dealership Katz was involved in the sale of an artwork – often a reason why the name Katz is cited in a provenance overview – does not sufficiently prove the assumption that art dealership Katz can actually be considered the owner. During the occupation, the Katz brothers often acted as middlemen and intermediaries for German buyers. The investigation has also shown that the brothers had already sold the majority of their own trading stock to the German dealer Alois Miedl in the summer of 1940.

During the war, the 189 claimed objects were sold during the following transactions.

1. Sales to Alois Miedl
The majority (101) of the claimed works of art were part of a bulk sale of several hundreds of works of art to German art dealer Alois Miedl. In August 1940, Miedl bought several hundreds of works from Nathan and Benjamin Katz, for which the brothers received NLG 1.8 million in return. This concerned a large part of the trading stock of art dealership Katz. Several smaller transactions followed this major sale. The Committee does not consider these transactions involuntary loss of possession but rather as sales within the context of an art dealership’s business activities. In support of this opinion, the Committee refers to Benjamin Katz’s post-war statements, in which he indicated at different points in time and in different ways that Miedl never brought any pressure to bear on him or his brother during these transactions.

2. Linz works (sales to Hans Posse)
It has been ascertained for 65 of the claimed works of art that they were bought by German museum director Hans Posse at or through art dealership Katz. These purchases were made to build up a collection for the Führermuseum which Adolf Hitler planned to open in Linz. During the first year of the occupation, Posse and his assistants purchased large quantities of paintings from art dealership Katz. In addition, Nathan Katz was expected to scour the Dutch art market for works of art that could be of interest to Hitler’s art collection. Because of these activities, the Katz family received temporary protection from anti-Jewish measures.

The Committee also holds the view that the transactions with regard to the majority of the works in this category do not meet the involuntary loss of possession policy criterion. In this context, the Committee refers to the principle of Dutch art dealership policy that an art dealerships’ objective is to sell its trading stock so that the majority of the transactions, even those of Jewish art dealers, were, in principle, ordinary sales. This may even be the case if the buying party was an exponent of the Nazi regime. Given the results of the investigation in the Katz case, the Committee considers it plausible that market-level prices were received for the sales to Posse. According to the policy, sales by art dealerships must meet the requirement that there are indications proving with a high degree of probability that sales took place under duress, such as threats with reprisals and promises to supply exit visas as part of the transaction. With the exception of a single painting, that is not the case here.

Restitution of the painting Man with a high cap

The Committee advises returning one work, the painting Man with a high cap by Ferdinand Bol (NK 1668). Ownership of this work by art dealership Katz has been ascertained. Art dealership Katz sold the work to Posse at the end of November 1941. According to the Committee, this transaction was a situation that involved duress. The fourth quarter of 1941 saw a considerable tightening up of anti-Jewish measures, right at the time that the family’s protection threatened to come to an end. According to the Committee, it has been ascertained that the sale of the Bol painting was directly related to the Katz family’s attempts to flee the country, as Nathan Katz was completely dependent on the buying party, Posse, for help to secure his departure and that of his family.

The following circumstances are of overriding importance for this opinion:
– Posse’s employees had set an ultimatum that would end on 15 October 1941, after which the Katz family would be fully subject to the anti-Jewish measures that had been tightened up during this period.
-The Katz family depended entirely on Posse’s benevolence in obtaining exit visas, which in turn depended on their supplying paintings to Posse.
– There was major pressure to create sufficient liquid assets for the journey abroad and permission to enter Switzerland, for which large sums of money were needed as a surety.

Because the sale of the painting Man with a high cap was related to attempts to escape from Nazi persecution and the Katz brothers could not freely dispose of the profits of the sale, restitution of the work of art will not be subject to an obligation to repay the sales price of NLG 60,000 received at the time.

3. Transactions with Göring
Fourteen of the works of art in the claim ended up in the collection of Reichs Marshall Hermann Göring during the war through the agency of art dealership Katz.

These include 5 paintings (categories a and c in the recommendation) that a buyer had purchased for Göring from art dealership Katz, primarily during the first months of the occupation. No proof has been found that these were imbalanced transactions, nor are there any indications that loss of possession was involuntary. The Committee therefore considers the sales as sales within the framework of the art trade and recommends rejecting the claim. Another factor is that ownership of the paintings has not been proved with sufficient probability. In September 1940, other works (category b in the recommendation) ended up in Göring’s collection through Katz. Hermann Göring may have purchased these paintings personally during a visit to the art dealership. Despite this possible indication of the threat that this visit by Göring himself may have posed, the Committee has not been able to assess this issue. Ownership of these works has also not been proved with sufficient probability, so that they are not eligible for restitution.

Finally, 5 paintings ended up in Göring’s art collection during the war through art dealership Katz by way of an exchange. There are no indications that these paintings were sold under duress, so that the Committee recommends not returning these works either.

4. Other works of art
Among the claimed works of art are 9 works that cannot be classified in any of the above categories. These works are not eligible for restitution, either because they were sold to a Dutch art dealership without there being any indications of duress (NK 2603, NK 2823, NK 1815) or because they were wrongly considered to be the property of art dealership Katz (NK 2633, NK 3292), or because insufficient information has been found as to ownership and the involuntary nature of the loss of possession (NK 2171, NK 2207, NK 2655, NK 2711).

Shortly after the war, art dealership Katz submitted an application for restitution of some thirty paintings. This resulted in agreements of amicable restoration of rights that ultimately led to these paintings being returned against payment of approximately half a million guilders to the State of the Netherlands and donation of three works of art to Dutch museums. None of the works of art claimed in 2007 came under the arrangement as it applied at the time. 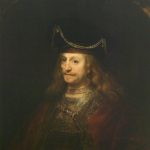