From the institute’s press release, 29 January 2013

The newly digitized sales catalogs were published in Germany, Austria, Switzerland, and German-occupied territories between 1930 and 1945. They include art objects looted and sold under the cultural policy of the Nationalist Socialist regime.

The catalogs—some of which include hand-written annotations about sale prices and buyers’ names—are important for establishing the history of ownership for individual objects and are also rich primary sources for historians of Western art.

The German auction records were digitized as part of the GRI’s research project, German Sales 1930–1945: Art Works, Art Markets, and Cultural Policy which has been ongoing since January 2011. The project brings together holdings from 35 German, Swiss, and Austrian institutions, with the bulk of the catalogs drawn from the collections of the GRI’s project partners, the Kunstbibliothek of the National Museums in Berlin and University Library at Heidelberg. The Heidelberg library used a rigorous process to digitize some 150,000 pages and make them searchable using text generated via optical character recognition (OCR). This data was then incorporated into the Getty Provenance Index®, an open-access collection of databases on the history of artwork ownership from 1600 to 1900.

Over the course of two years, editors at the Getty Research Institute refined and standardized the data, correcting OCR errors and incorporating information from other sources. These editors will continue to work on this material, adding records for wartime catalogs held in American libraries and transcribing handwritten annotations.

“Ultimately, more than 35 cultural institutions have worked together to create an easily searchable, comprehensive database of World War II-era German art sales,” said Christian Huemer, manager of the Project for the Study of Collecting and Provenance at the GRI. “This collaboration is a game-changer in the field of provenance research.”

This German Sales 1930-1945 research project was supported jointly by the National Endowment for the Humanities and the Deutsche Forschungsgemeinschaft (German Research Foundation) as well as by a grant from the VolkswagenStiftung (the Volkswagen Foundation). Funded by the Volkswagen Foundation, the GRI and Hamburg University are convening two interrelated workshops for emerging scholars on Markets and Power: The German Art Trade in the "Third Reich." The events will take place in Los Angeles, September 23–26, 2013 and in Hamburg, October 6–9, 2014.

“Digitizing this wealth of data was a tremendous undertaking by skilled researchers and editors at the GRI,” said Gaehtgens. “We hope to be able to continue this important work and achieve a broader perspective by adding German sales records from as early as World War I and working into the 1950’s and 60’s.”

The Getty Research Institute is a leader in the field of art market and art collecting research. In addition to online sales databases, the GRI holds important art dealer archives, including collections from Goupil & Cie, Boussod, Valadon & Cie, and Duveen Brothers, many of which are also searchable online. The GRI recently acquired the archives of the Knoedler Gallery in New York.

More information about these and other GRI research projects can be found online at www.getty.edu/research. 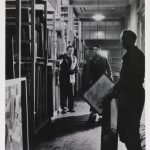 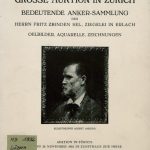