In 1643, three years after his death, Peter Paul Rubens (1577-1640) was finally buried in his crypt at the Church of Saint-James in Antwerp. More than 40 of his descendants followed in his steps. For over 200 years the Rubens crypt has attracted researchers to try to identify the master among the remains in the crypt.

On 16 April 2018 the crypt was opened by a select team of forensic experts, an archaeologist, an architect and representatives of the city of Antwerp. CODART member dr. Jean-Pierre De Bruyn, art historian and curator of the nearby Keizerskapel was present at the event. De Bruyn has been studying Rubens’s crypt and its burial chapel for over fifteen years. 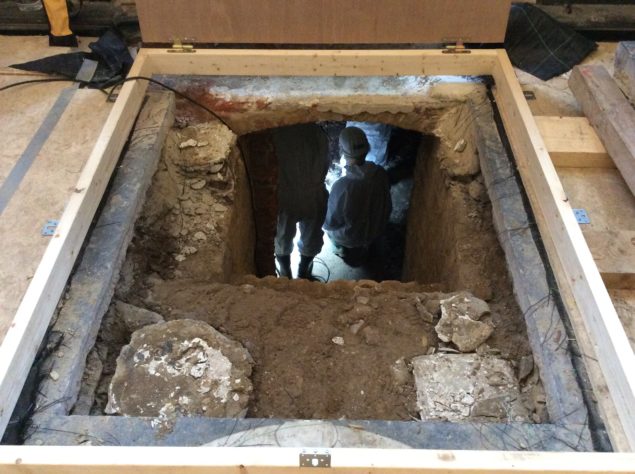 Since the last entombment around the end of the eighteenth century, the crypt was opened only twice (in 1855 and 1974). Paintings from 1855 give a fascinating, but romantic impression of the looks of it. The photographs taken in the seventies were used to prepare this year’s investigation. 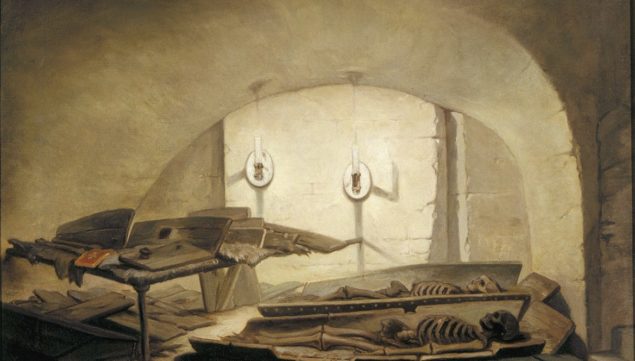 De Bruyn reports that there were already indications pointing in the direction of the remains of Rubens and his closest descendants: his second wife Helena Fourment (who died in 1673) and his daughter Isabella-Helena (who died 1652), both buried in the master’s crypt.

Thanks to his letters we know Rubens was suffering of gout. Researchers believe this might be the result of the toxic metals used in paints such as white lead. The DNA samples that were taken during the examination might confirm the hypothesis. The tomb was resealed on 20 April. Jean-Pierre De Bruyn and his colleagues hope that it will be reopened again soon for a final investigation.

For a detailed Dutch report, including videos of the opening of the crypt see the website of the Flemish news channel VRT.