TEFAF Maastricht announced today that, through a joint venture with New York based Artvest, it will be launching two TEFAF art fairs that will be presented annually in New York at the Park Avenue Armory.

Building on TEFAF Maastricht’s 30 years of success and experience in bringing together the best objects for sale from 7,000 years of art history by expert dealers from around the globe and an unsurpassed reputation for vetting, these two TEFAF fairs will allow the leading art dealers of the world and collectors to meet under one roof in a prominent location in New York at the time that is most relevant to them.

The TEFAF fairs will provide an unprecedented showcase in New York for leading art dealers from around the world. Their exhibitions will flow throughout the Armory’s landmark building encompassing the Wade Thompson Drill Hall and extending to both the ground and first floors of the Armory’s period rooms, creating two fairs of unprecedented depth and impact in New York City. Together the fairs will be able to support around 170 dealer presentations. Participating dealers in TEFAF fairs are welcomed only after a rigorous application and approval process. The selection criteria will be published when the application procedure opens at the end of this month (February) for the first TEFAF | New York | Fall fair taking place in October 2016, and in June for the first TEFAF | New York | Spring fair taking place in May 2017. It is anticipated that each fair will include approximately 80 to 90 dealers from around the world. 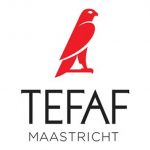