Pack your bags! CODART is going to California! On Sunday, 31 January 2010 participants in CODART 13 will assemble in Los Angeles to explore the Dutch and Flemish collections of Southern California. Timed to coincide with the Getty Museum’s exhibition and symposium Drawings by Rembrandt and his pupils: Telling the difference, the study trip will give participants the opportunity to visit the museums of Los Angeles, Pasadena, San Marino, and San Diego without having personally to maneuver the notorious California freeways. Primarily formed within the last 45 years, the collections of Southern California hold impressive surprises.

We will stay at Hotel Hilgard House in Westwood Village, the location of the University of California Los Angeles (UCLA), including the Hammer Museum, and convenient to the Getty Museum and the Los Angeles County Museum of Art [LACMA] as well as to restaurants and shops. After checking in, we will assemble for an informal reception in the lounge of the chic W Hotel across the street, where it wouldn’t be surprising to encounter a local celebrity! Get a good night’s sleep because Monday is a full day! 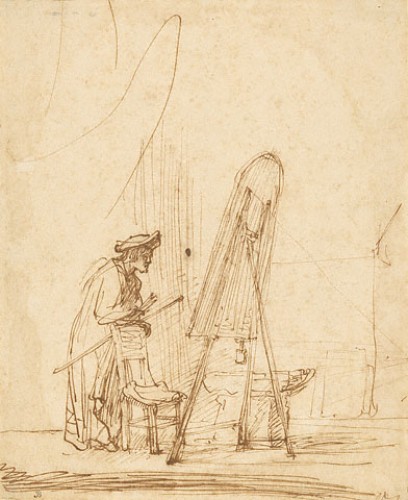 Monday morning we go by bus to the Getty, which will be closed to the public. After coffee, curators Lee Hendrix and Stephanie Schrader will introduce the exhibition Drawings by Rembrandt and his pupils organized by Lee Hendrix, Holm Bevers and Peter Schatborn. We will then have an opportunity to preview the exhibition. After a box lunch we will split into smaller groups. Anne Woollett will lead visits to the Dutch and Flemish paintings galleries; Stephanie Schrader will lead the visit to the exhibition The Dutch visual tradition, drawn from the Getty’s own collection; another group will visit the conservation labs; others may choose to go to the Getty Research Institute to learn about the rich resources for Dutch and Flemish studies, including the photo archives of the dealers Duits and Douwes, the papers of J.G. van Gelder and Julius Held, the records of the dealers John Smith, Hans Cramer, Hans Schaeffer, Agnews, and others. We will also be introduced to the valuable collectors’ files of the Provenance Index and to some of the treasures of Special Collections, including Romeyn de Hoogh’s Liber Amicorum and collections of early emblem and festival books. Members of the Getty staff will also provide information about the various opportunities the Getty offers for personal and institutional support.

Tuesday we will return to the Getty for the symposium Rembrandt and his pupils. Egbert Haverkamp Begeman will deliver the opening lecture followed by lectures by the organizers of the exhibition and others, concluding with Martin Royalton-Kisch who will review the exhibition and lead the discussion. Following the symposium there will be time to return to the galleries before a reception for all the participants in the symposium, including CODART participants and representatives from participating LA institutions at the Getty. Afterwards, a bus will transport us back to the hotel. If you are still hungry, you will have your choice of a wide variety of cuisines and prices in Westwood. 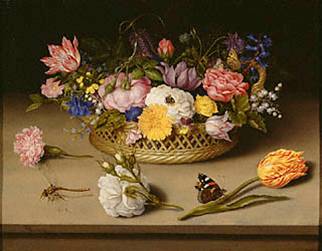 Following breakfast on Wednesday, we will take the bus to the Huntington Museum, Library and Gardens in San Marino—about an hour drive. Built by Henry Huntington to resemble an English estate, the Huntington is best known for the collection of 18th-century English portraits Huntington assembled between 1910 and 1927. Among the most famous are Gainsborough’s Mrs. Siddons as the tragic muse, and The blue boy, Thomas Lawrence’s Pinkie. The collection also includes a small collection of early Netherlandish and 17th-century Dutch paintings and sculptures as well as a large collection of works on paper, rare books and manuscripts, and scholar papers, including those of the drawings scholar Paul Wescher. Problematic attributions, including the paniting Lady with a plume formerly attributed to Rembrandt, will be addressed. The library will arrange a private exhibition in the study room of some of the treasures, including Heinsius’s Album Amacorum with an entry by Hoefnagel. If time permits you can visit the Scott Gallery of American paintings and peak at the vast gardens. We will have lunch in the Huntington’s garden café before proceeding on to the Norton Simon Museum in nearby Pasadena.

The Norton Simon Museum reflects the remarkable personal taste and ambition of its founder and namesake. The collection ranges from early gold-ground paintings to Impressionist masterpieces and early 20th-century paintings and sculptures. There is also an important collection of South-east Asian art. The collection of Early Netherlandish, Dutch and Flemish paintings is particularly strong. In response to the Getty’s exhibition, the Norton Simon Museum will display an exhibition of Rembrandt portrait prints that will also include their three paintings by Rembrandt- the so-called Portrait of Titus and Self portrait as well as the Portrait of Pieter Sijen. Curators Carol Togneri and Gloria Williams will also arrange a group of works from storage, including a collection of drawings from a tulip book in the auditorium for discussion. Following a small reception, we will depart for a group dinner at a nearby restaurant before returning to the hotel.

Thursday morning we are up early to walk to the Hammer Museum, originally founded by the industrialist Armand Hammer but now run by UCLA. The museum, which focuses on contemporary art, exhibits a small collection of paintings from the Hammer collection. Of particular interest are two large paintings by Rembrandt: Juno and Portrait of a man holding a black hat. The Grunewald Center at the Hammer will have on an exhibition of Rembrandt landscape prints organized by Claudine Dixon. Other Dutch and Flemish works will be on view in the Grunewald Center. In mid-morning we will take the bus to LACMA, the largest encyclopedic museum west of Chicago with an important collection of Dutch paintings. 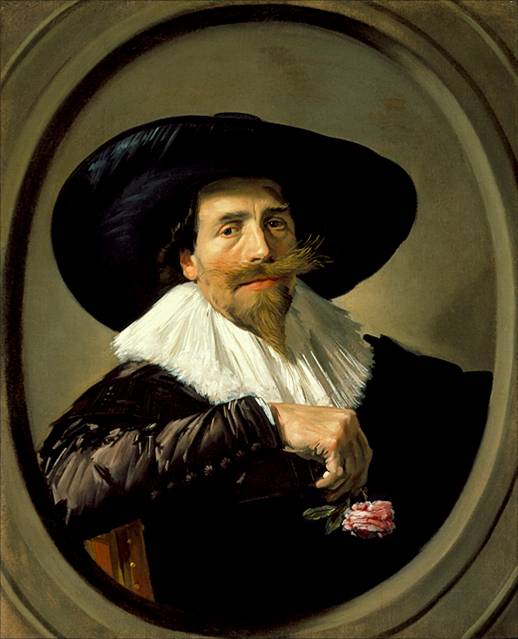 We will initially assemble in the Brown auditorium at LACMA. After a brief welcome, Amy Walsh and the conservation staff at LACMA will discuss some of the discoveries and problems encountered in our ongoing examination of our Dutch and Flemish paintings. Following lunch, we will go to the galleries. The European galleries are in the process of a dramatic renovation but luckily the Dutch and Flemish galleries will be complete. The collection includes the highly respected gift of Mr. and Mrs. Edward Carter’s Collection of Dutch landscapes, still lifes, cityscapes, seascapes, and church interiors, as well as important portraits by Hals, Rembrandt and history paintings by Rembrandt, Steen, Sweerts, and Honthorst. In the late afternoon, we will visit a private collection of Old Master paintings and sculpture in Beverly Hills.

Friday morning the group departs for San Diego, a drive of about two hours, part of which is along the coast. We will visit the San Diego Museum of Art, welcomed by director John Marciari, and the Timken Museum, welcomed by director John Wilson. The Timken will have an exhibition of Biblical prints by Rembrandt, complimented by Rembrandt’s painting The Apostle Bartholomew. An exhibition of a private collection of etchings by Ferdinand Bol will be on exhibition next door at the San Diego Museum. Following lunch in a picturesque Mexican restaurant across the street from the museums in the historic park, we will visit the recently endowed print room of the University of California, San Diego, where there will be an exhibition on workshop practices of Rubens. Before we head back to Los Angeles, we will celebrate the conclusion of the study trip with snacks and a margarita or two overlooking the sea in the beach town of La Jolla. The bus returns us to Westwood for the final night before departing for home on Saturday.