Lecture Manfred Sellink
You are invited to join a lecture by Manfred Sellink, General Director and Head Curator of the Royal Museum of Fine Arts in Antwerp, on Tuesday evening 15 November at 18:30: Die flämische Landschaftsmalerei vor Pieter Bruegel dem Älteren. Location is the Kunsthalle im Lipsiusbau. The lecture will be in German and is free of charge for CODARTfocus participants. Please let us know if you would like to join the lecture by sending an email to events@codart.nl.

Suggestions to visit in the area

Hoflöβnitz
At Hoflöβnitz they have been making wine since the 15th century. The vineyard lies beautifully in the hills around the village Radebeul and holds an art-historical treasure in its Lust- und Berghaus. The house was built under the commission of the Saxon Elector Johann Georg I in the style of a small hunting lodge. In the Banquet Hall we find the remarkable art-historical treasure: the coffered ceiling with over 80 representations of Brasilian and African bird species, painted by Dutch painter Albert Eckhout in the 17th century.

Hoflöβnitz is a 40-minute busride to Radebeul away from Dresden Postplatz. From the busstop in Radebeul it is a ten-minute walk. For more information please go to the website of Hoflöβnitz. 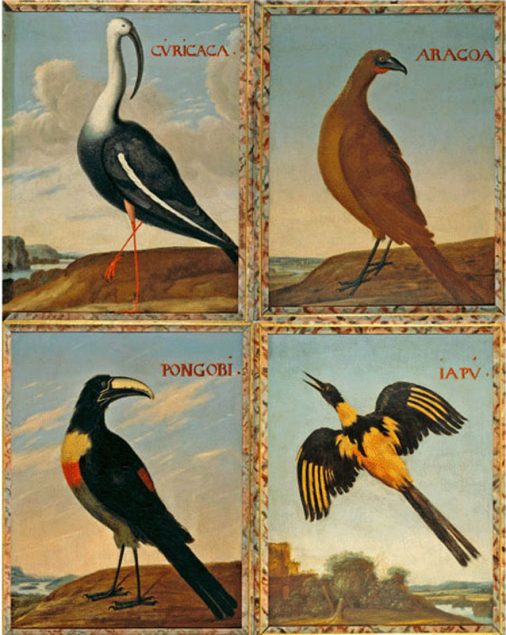 Part of the painted ceiling by Albert Eckhout at Hoflöβnitz, Radebeul

Schloβ Moritzburg
A hunting lodge firstly built in Renaissance style by Duke Maurice of Saxony (hence the name Moritzburg) in 1542, this impressive castle lies north of Dresden surrounded by water and woods. In the early 18th century Elector August the Strong commissioned the architect Matthäus Daniel Pöppelmann (who also designed Schloβ Pillnitz for him) to transform the castle into a large hunting and pleasure palace. The Elector’s dream was to build a ‘Temple of Diana’ including exotic animals, banquets and naval battles staged in the castle’s pond. During your visit you can enjoy the lavishly Saxon Baroque interior as you try to find your way through the seven halls and over 200 rooms. 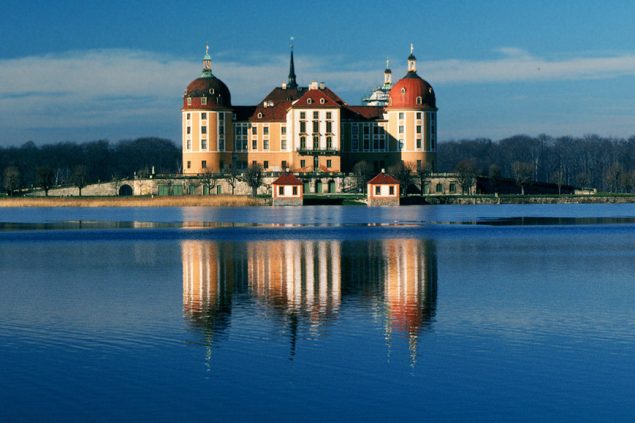 If you have some time left, extend your visit to go to the nearby Fasanenschlösschen (Little Pheasant Castle) at 2,5 kilometers walking distance (about half an hour). This Rococo castle was built between 1770 and 1776. Pheasants were bred here for hunting purposes. The interior has been restored between 2009 and 2013 and includes remarkable original Rococo details such as inlaid wood panelling, stucco ceilings, embroidered finishings etcetera. 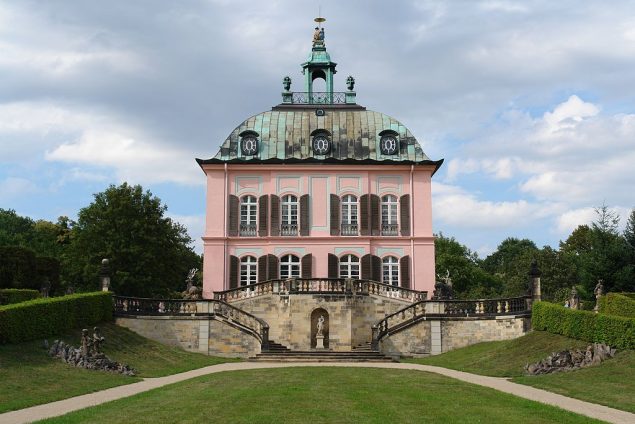 You could also consider visiting the nearby Käthe Kollwitz Haus, close to the castle on the opposite side of the river. The permanent collection shows her own graphic work and the exhibition space has changing shows of contemporary art. www.kollwitzhaus.de

From Dresden Bahnhof Neustadt you can take a bus to Moritzburg. The trip will take approximately half an hour. www.schloss-moritzburg.de

Schloss and Park Pillnitz
Just a few kilometers south east of Dresden lies Castle and Park Pillnitz, a former Saxon castle used by among other August the Strong as pleasure palace and summer residence, directly on the shore of the Elbe river. The architecture of the castle is a mixture of Barock elements and influences from the Far East, the Chinoiserie style. The castle consists of three Palaces. In the Mountain and Water Palace one finds the Museum of Applied Arts and in the New Palace is the Castle’s Museum telling the life at the Saxon courts and the history of the Schloss. A highlight of Pillnitz is the botanical garden and the Palmenhaus. For instance you can admire trees and plants from Africa, Australia and New Zealand, and a more than 230-year old Camellia.

Unfortunately you cannot enter the castle and its museums in November, since it is only open to the public from May until October. But the Park and Palmenhaus are open and well worth a visit. To get there with public transportation takes about an hour from Dresden’s city centre and includes a short ferry boat trip across the Elbe. 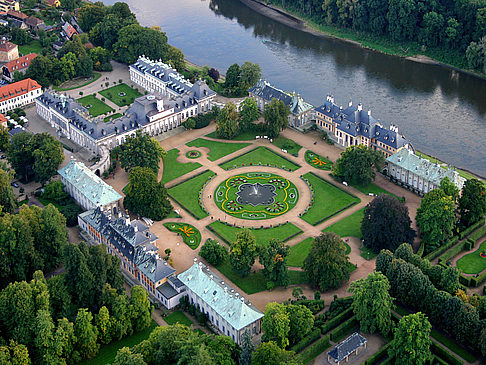 … take note of the fact that porcelain capital of Europe, Meissen is only half an hour by S-Bahn away from Dresden. Other places of interest in the Dresden area are Schloβ Weesenstein, Park von Groβsedlitz, and the city Pirna. Also Leipzig is worth a visit (little over an hour by public transportation) and Prague is only two and a half hours by train from Dresden.