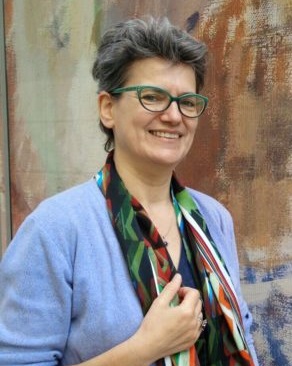 Elsje Janssen is Scientific Director of Collections at the Koninklijk Museum voor Schone Kunsten Antwerpen (KMSKA). In Berlin she will speak about the history of the right panel of the Melun diptych, the Virgin and Child Surrounded by Angels by Jean Fouquet, in the collection of the KMSKA.

Elsje Janssen studied art history and archaeology at Ghent University and social and cultural anthropology at Leuven University. Her training in textile conservation at the Royal Institute for Cultural Heritage (KIK-IRPA) in Brussels led to a number of appointments in this field. Besides working at the Rubenianum in Antwerp and serving for a period as Head of the Rubens House, she launched – and became director of – the overarching Department of Collection Policy, Conservation and Management for the city of Antwerp, also working as curator of the collection of the City Hall and the historical collection. She was involved in the construction of the Museum aan de Stroom (MAS), was the curator of the visible storage in this museum and was responsible for the relocation of all the collections involved. Elsje Janssen was awarded a PhD in Art Sciences by the Free University of Brussels on the strength of her thesis on Tapestry Art in Belgium after 1945. She has served as curator of textiles at the Royal Museums of Art and History in Brussels and at the Rijksmuseum, Amsterdam. Since 2014 she has been Director of Collections at KMSKA (Royal Museum of Fine Arts, Antwerp). Elsje Janssen has contributed to numerous catalogues, yearbooks, and other publications, and possesses wide-ranging experience both as a lecturer and in the organization of exhibitions. She served for ten years as a member of the Topstukkenraad, the Council for the Preservation of Movable Cultural Heritage of the Flemish Community. She is active on a number of boards of directors (VKC, FARO, CODART) and academic committees (MoMu, FoMu). 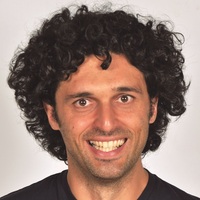 Samuel Gras is a researcher and teacher of Medieval Art History at the University of Lille in France. Gras is involved in multiple research projects concerning medieval book illumination. In 2016 he received his PhD for a thesis on Jean Fouquet and his relation to contemporary painters and manuscript illuminators in France. Gras’s research showed the professional relationships established by Jean Fouquet with the Jouvenel group, a famous workshop of illuminators based in Angers that received frequent commissions from King René d’Anjou. It also offered new ideas about artistic connections between Jean Fouquet, Flemish painters and Fra Angelico, and helped to better understand the organization of Jean Fouquet’s workshop. A book on the subject: Fouquettian Painters in the Louis de Laval Book of Hours, written in collaboration with Eberhard König and Christine Seidel, is forthcoming. In addition, his PhD research will be published by the University Press of Tours University, France. During his lecture, Samuel Gras will speak about Flemish artists in the Loire Valley during the peak of Jean Fouquet’s fame, and about a Flemish model of the ‘swooning Virgin’ which was used by a follower of Jean Fouquet.