On 11th June 2014, Anton Willem Adriaan Boschloo passed away. During 25 years, from 1976 till 2001, he had been professor of the History of Art at Leiden University.

Anton Boschloo, born on 22 December 1938 in Heerenveen, in 1974 successfully defended his dissertation Annibale Carracci in Bologna: Visible Reality in Art after the Council of Trent at the University of Groningen. Before coming to Leiden he had worked for ten years at the Dutch University Institute for Art History (NIKI) at Florence, the final year as director. At Leiden University, as doctoral advisor, Boschloo was in a stimulating and intelligent way involved with a large quantity of dissertations on a wide variety of art historical subjects. To honour his farewell from Leiden University a volume of papers, edited by Nelke Bartelings a.o., was presented to him: Uit het Leidse Prentenkabinet. Over tekeningen, prenten en foto’s bij het afscheid van Anton Boschloo (From the Leiden Print room. On drawings, prints and photographs at the departure of A.B., Leiden 2001).

Even while studying history of art at the Groningen university, Anton Boschloo, although descending from a family of lawyers, toyed with the idea of becoming an artist. In 1957, his artistic talents had been confirmed by an article in the regional press, announcing that his design for a poster had won a national prize. In 1963, together with his friend Henk van Os, both still students in the history of art, gained access to an international art historical congress at the Hertziana in Rome. Jan Emmens, at the time director of the NIKI, had been operational in getting them in. This congress, perhaps more because of its deficiencies than its merits – according to both students far too much attention had been paid to details – convinced Boschloo that he wanted to become an art historian. The next year, on 16th June 1964, he finished his doctoral thesis in the history of art at the Groningen university, with the verdict cum laude.

In 1966 Boschloo came to work at the NIKI in Florence where he stayed until 1976 when he was appointed professor in the history of art at Leiden University. He succeeded Creighton Gilbert who had only been in office briefly. More relevant was that Boschloo had to struggle against the reputation of Hans van de Waal who had held the same position from 1946 until his death in 1972 and whose reputation posthumously had risen considerably. Boschloo accepted the professorship on 19 November 1976 with the oration: De veelzeggende toeschouwer (The telling viewer). As said, Boschloo had defended his dissertation two years earlier. This study concerned the work of Annibale Carracci in Bologna, the young Annibale who still had to make his reputation in Rome. Ever since, Boschloo remained attracted to Bologna.

In the course of 25 years, until 2001, Boschloo devoted his time as professor combining education, research and management. Highly equipped for research and education, particularly when addressing small groups of students or individual students and PhD-students, Boschloo for years on end dutifully endured the managerial tasks which suited his capabilities less. He decided to retire from the university early. Even so, after his retirement he continued his involvement as a doctoral advisor with a series of successfully defended dissertations under his supervision.

Repeatedly Boschloo has declared his affinity with Eugenio Battisti’s L’antirinascimento which appeared when he was still a student. The impact of this book might be recognized in Boschloo’s versatility and his attention to low art. However, the chaotic element of this book is completely lacking in Boschloo. On the contrary, his work is thorough, systematic, clear, nuanced and reliable. Boschloo did not refrain from paying attention to difficult subjects, e.g. the function of the viewer and the complicated relationship between style and patron. The key problem in Boschloo’s art historical work concerns the way painters used their artistic means to attain their artistic goals. In his analyses which frequently took as their point of departure the question of how the painting involved viewers, inside or outside the image, into the story, were usually limited to the work of art itself. Boschloo paid much less attention to questions concerning the function of painting within the liturgy or concerning the exact identity of the viewers. Are we discrediting Boschloo if we state that much of his best work consists of intelligent analyses of images?

Apart from his dissertation, among Boschloo’s most important publications might be counted: Il fregio dipinto a Bologna da Niccolò dell’Abate ai Carracci (1550-1580) (1984), L’Accademia Clementina e la preoccupazione del passato (1989), The prints of the Remondinis. An attempt to reconstruct an eighteenth-century world of pictures (1998) and The limits of artistic freedom. Criticism of art in Italy from 1500 to 1800 (2008). Boschloo’s exceptional qualities as an editor are evident in some volumes of the Leids Kunsthistorisch Jaarboek (Leiden Yearbook of Art History), particularly in Academies of Art between Renaissance and Romanticism (vols. 5-6, 1989) and besides in volumes like Italian Paintings from the Sixteenth Century in Dutch Public Collections (edited by Gert Jan van der Sman, 1993); ‘Aux Quatre Vents’. A Festschrift for Bert W. Meijer (edited by Edward Grasman and Gert Jan van der Sman, 2002) and Aemulatio. Imitation, emulation and invention in Netherlandish art from 1500 to 1800. Essays in honor of Eric Jan Sluijter (edited by Nicolette Sluijter a.o., 2011).

Anton Boschloo passed away in Oegstgeest where he has lived for years, leaving behind a wife, three daughters and four grandchildren. 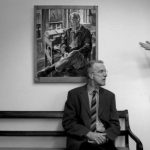