Prof. Dr. Ernst van de Wetering passed away on Wednesday 11 August at his home in Amsterdam. The prominent Rembrandt expert was professor of art history at the University of Amsterdam and was a long-time member and chairman of the Rembrandt Research Project.

Regarded by many as one of the greatest experts on the work and life of Rembrandt, Van de Wetering’s contributions to our knowledge about the famous Dutch artist can hardly be overstated.

Ernst van de Wetering (b. 1938) was trained as an artist at the Royal Academy of Fine Arts in The Hague and worked as a part-time art teacher. In 1963 he started to study art history at the University of Amsterdam. He received his doctorate for his thesis Studies in the workshop practice of the early Rembrandt in 1986 before being appointed professor a year later.

In 1968 Van der Wetering became a member of the large-scale scientific Rembrandt Research Project, which was tasked to identify the painted oeuvre of the Dutch master. Van de Wetering succeeded Josua Bruyn, the project’s founder, as chair in 1993 and continued to lead the project until 2015. The project published its findings in the monumental six-part A Corpus of Rembrandt Paintings. 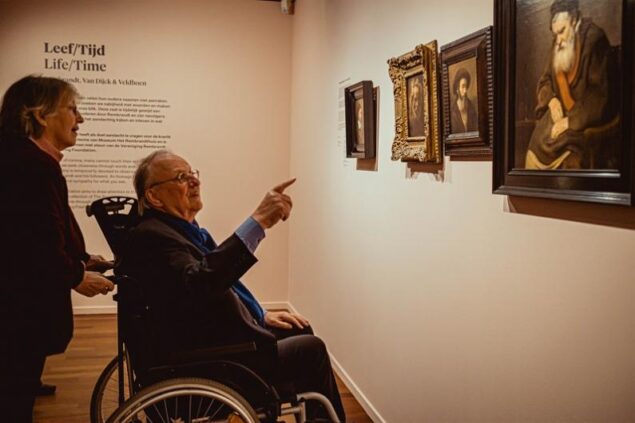 Ernst van de Wetering in 2020 when he was appointed honorary member of the Dutch Association of Art Historians (VNK). (Photo by VNK)

At the same time, Van de Wetering was professor of art history at the University of Amsterdam and published extensively about Rembrandt including The Painter at Work (2000), Rembrandt in Nieuw Licht (2009) and Rembrandt. The Painter Thinking (2016). He also published on the topic of painting techniques and the ethics of restoration, and gave lectures around the world. Van de Wetering retired in 1999.

A private funeral service will be held in Ernst van de Wetering’s honor. Our thoughts go out to his family and friends.