During the night of 26-27 July, our friend Michael Montias (1928-2005) succumbed to the cancer that he had been battling for years. He died at home in his sleep. A funeral service will be held in Battell Chapel at Yale University on Tuesday, 2 August at 11:00 am. For address, directions and more information, see http://www.yale.edu/chaplain/battell/ 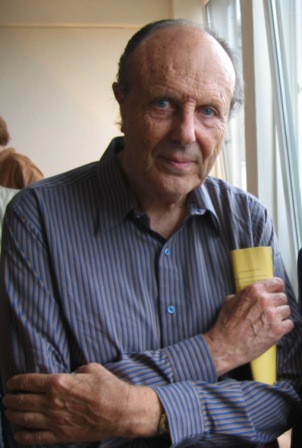 Although he was not a museum man, every CODART member knows of the contribution of Michael Montias to our field. He enlarged the entire scope of the study of Dutch art with an economic dimension that remained strangely unstudied for the first three quarters of the 20th century, following the work of Hanns Floerke. His work on Vermeer has become an indispensible part of the literature on the master. Montias has made his extracts of inventories from the Amsterdam archives available to the field at the Frick Art Reference Library and the Netherlands Institute for Art History (RKD).

Montias was an economist by training and first profession. Under the tutelage of our member Egbert Haverkamp Begemann at Yale, where Montias worked, he became a collector of Dutch painting. The combination of his vocation and avocation led to the work for which he became famous and for which we are deeply indebted to him.