After a long-term curatorship at the Mauritshuis that began when he was a student, Peter van der Ploeg has decided to leave museum work to become a publisher. Starting on 1 April 2008, he will be director of publishing of the leading Dutch publisher of museum catalogues, Waanders Publishers in Zwolle. 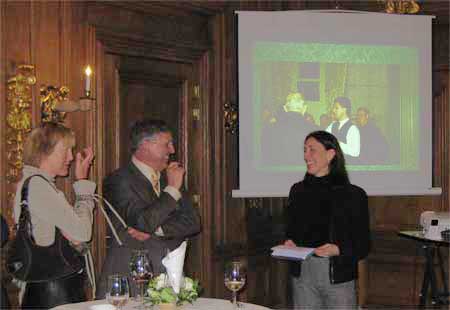 Emilie Gordenker, director of the Mauritshuis, speaking to Peter van der Ploeg, head of collections, and his wife Brenda, in a reception on his last day at the museum, 31 March 2008.