At Felix Meritis on the Keizersgracht in Amsterdam, some 150 colleagues and friends honored Jan Piet Filedt Kok most warmly on his retirement from the Rijksmuseum after 33 years of distinguished service. 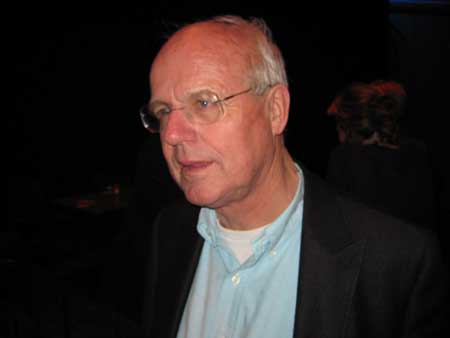 Speakers at the symposium:

Taco Dibbits and Ige Verslype
Paulus Potters Herders met vee: Rijksmuseum versus Woburn Abbey.
Two versions of a cowscape by Potter, an artist who never repeated himself, subjected to close reading, coming out in favor of the Woburn House version.

Henk van Os
Een Heilige Paulus voor Jan Piet.
Attribution of an Italian St. Paul of about 1500, donated to the Rijksmuseum during directorship of the speaker, to a little-known Northern Italian master.

In an announcement of his own, Filedt Kok told the audience that he had set up a fund with the Prins Bernhard Cultuurfonds under the name "Het Atelierpraktijken Fonds" (The Studio Practice Fund). It is described as follows in a folder that all the guests were given along with a copy of the dossier on the Dance with the golden calf: "The purpose of the Studio Practice Fund is to stimulate scholarly research and publications mainly on the history of the restoration of works of art and associated studio and museum practices."

CODART has special reasons to express its admiration for and appreciation of Jan Piet Filedt Kok, for his faithful participation in our congresses and study trips. His interest in and support of our network formed a major contribution to CODART in its formative period. We wish him many fruitful and satisfying years to come.