Last Friday, 10 June 2011, Josua Bruyn, co-founder of the Rembrandt Research Project passed away. The scholarly world of Dutch art has lost one of the most eminent art historians of the second half of the 20th century in the the study of Rembrandt and his work.

Bruyn studied art history at Utrecht University. In 1948, before he finished his study, he was involved in cataloging old paintings in the Rijksmuseum Kröller-Müller. In 1950 he was appointed assistant at the Amsterdam Rijksmuseum, where he helped prepare the 1952 exhibition Drie eeuwen portret in Nederland (Three centuries of portraiture in the Netherlands). In 1954, he was employed at the Art History Institute of Utrecht University. His dissertation, De Levensbron, submitted in 1957 under J. G. van Gelder was devoted to the Fountain of Life, a painting by a pupil of Jan van Eyck preserved in Madrid. In this study he addressed, among other things, the many questions surrounding the emulation of the Van Eyck style by his pupils.

In 1961, Bruyn was appointed full professor at the University of Amsterdam. His inaugural lecture, Over het voortleven der Middeleeuwen, dealt with the legacy of the Middle Ages. By that time, he already had published a number of articles on Dutch painting (on David Bailly, Jan van Scorel, and Rembrandt).

In 1968 he co-founded the Rembrandt Research Project (RRP), together with Bob Haak, Jan van Gelder, Jan Emmens, Simon Levie, and Pieter van Thiel. The project’s aim was a comprehensive study of all of Rembrandt’s paintings and resolving the uncertainties surrounding the authenticity of many paintings, to which several scholars had turned their attention. The first three volumes of A Corpus of Rembrandt Paintings, published between 1982 and 1989, provoked much debate and controversies in the art world. In 1993, Bruyn withdrew from the RRP, along with Haak, Levie, and Van Thiel. They left the further organization of the project to their fellow team member Ernst van de Wetering, who advocated a different approach.

Apart from his scholarly research and academic activities (in 1979, he was elected Rector of the University of Amsterdam), Bruyn was a member of the board of various organizations and committees. In 1975, he joined the editorial board of the periodical Oud Holland, in which he frequently published articles and book reviews. 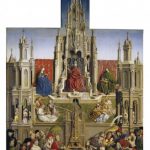