Till-Holger Borchert has started his new position as director of the Suermondt-Ludwig-Museum in Aachen. A specialist in Northern Renaissance art, Borchert has been a member of CODART since 2001 and served on the board of the Friends of CODART Foundation from 2016 to 2021.

Borchert had been appointed in autumn 2021 as the successor to Peter van den Brink, who retired last summer after a long tenure in Aachen. In the interim period, the museum was headed by Michael Rief, the museum’s head of collection who oversaw the new installation of the permanent collection. 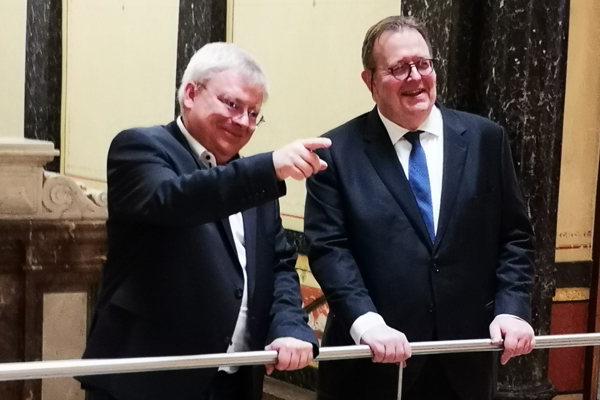 Till-Holger Borchert has previously worked in Bruges, where he first curated The Age of Van Eyck for ´Bruges 2002, cultural capital of Europe’ before he became chief curator of the Groeningemuseum in Bruges. In 2014, he was appointed Director General of Musea Brugge and co-curated the Van Eyck exhibition in Ghent in 2020. Borchert is no stranger to Aachen. He taught art history at the University from 2000 to 2002 and he contributed to several of the Suermondt-Ludwig-Museum’s exhibitions, including the successful Dürer exhibition in 2021.

As for upcoming exhibition plans, Borchert said in a press release that he is “interested in the exhibition plans of the curators of the museum” and hopes to continue the type of exhibitions that Aachen is now known for while trying to develop a series of thematic exhibition including one on labor that would explore the ever-changing aspects of work through the centuries.