The theme of this volume is Netherlandish Art in its Global Context.

Netherlandish art testifies in various ways to the interconnectedness of the Early Modern world. New trade routes, the international Catholic mission, and a thriving publishing industry turned Antwerp and Amsterdam into capitals of global exchange. Netherlandish prints found a worldwide public. At home, everyday lives changed as foreign luxuries, and local copies, became widely available. Eventually, Dutch imitations of Chinese porcelain found their way to colonists in Suriname. This volume of the Netherlands Yearbook for History of Art breaks new ground in applying the aims and approaches of global art history to the Low Countries, with essays ranging from Greenland to South Africa and Mexico to Sri Lanka. The Netherlands, as a fringe area of the Habsburg Empire marked by internal fault lines, demonstrated remarkable artistic flexibility and productivity in the first period of intensive exchange between Europe and the rest of the world.

Christine Göttler, ‘Indian daggers with idols’ in the early modern constcamer. Collecting, picturing and imagining ‘exotic’ weaponry in the Netherlands and beyond

Barbara Uppenkamp, ‘Indian’ motifs in Peter Paul Rubens’s The martyrdom of Saint Thomas and The miracles of Saint Francis Xavier

Ching-Ling Wang, A Dutch model for a Chinese woodcut: On Han Huaide’s Herding a bull in a forest 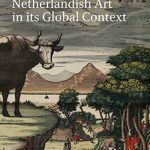