Jürgen Müller, “Albrecht Dürer’s Peasant Engravings: A Different Laocoön, or the Birth of Aesthetic Subversion in the Spirit of the Reformation”
This article argues that Albrecht Dürer’s three engravings of peasants from the years 1514 and 1519 witness the artist’s invention of “inverse citation,” a method of imitation that Dürer developed in reaction to criticism he received from Italian artists during his second trip to Italy, 1505-06.

Stephanie Porras, “Producing the Vernacular: Antwerp, Cultural Archaeology and the Bruegelian Peasant.”
Linking the representation of the Netherlandish peasant in sixteenth-century histories and collections of customs to the peasant imagery of Pieter Bruegel the Elder, this article argues that the figure of the peasant was seen in both text and image as an embodiment of local history, central to the production of a unique vernacular cultural identity.

JHNA is the electronic journal of Historians of Netherlandish Art. Founded in 2009, the journal publishes issues of peer-reviewed articles two times per year. These articles focus on art produced in the Netherlands (north and south) during the early modern period (c. 1400-c.1750), and in other countries and later periods as they relate to Netherlandish art. This includes studies of painting, sculpture, graphic arts, tapestry, architecture, and decoration, from the perspectives of art history, art conservation, museum studies, historiography, and collecting history.

The next official deadline for submission of articles is March 1, 2011, although authors are encouraged to submit at any time. 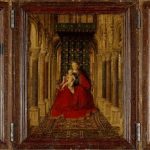