The September issue of Print Quarterly has appeared. The contributions with Dutch and/or Flemish content include an article on Processional Print Series in Antwerp during the Dutch Republic by Emily Peters and a Review on Early Netherlandish Prints in Dresden by Jan Piet Filedt Kok. 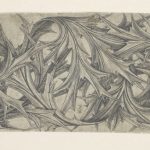