Since the late 1960s, it was known that another painting lay underneath Rembrandt’s An Old Man in Military Costume (painted about 1630-1631), a compelling character tronie of age and one of the J. Paul Getty Museum’s most beloved Dutch paintings. Until now, however, seeing that hidden image in detail has been frustratingly elusive.

A recent collaborative study conducted by experts from Los Angeles, Antwerp, and Delft, using two complementary, element-specific imaging techniques, has provided the most detailed representation of the underlying painting—an image of a young man wrapped in a cloak—to date. 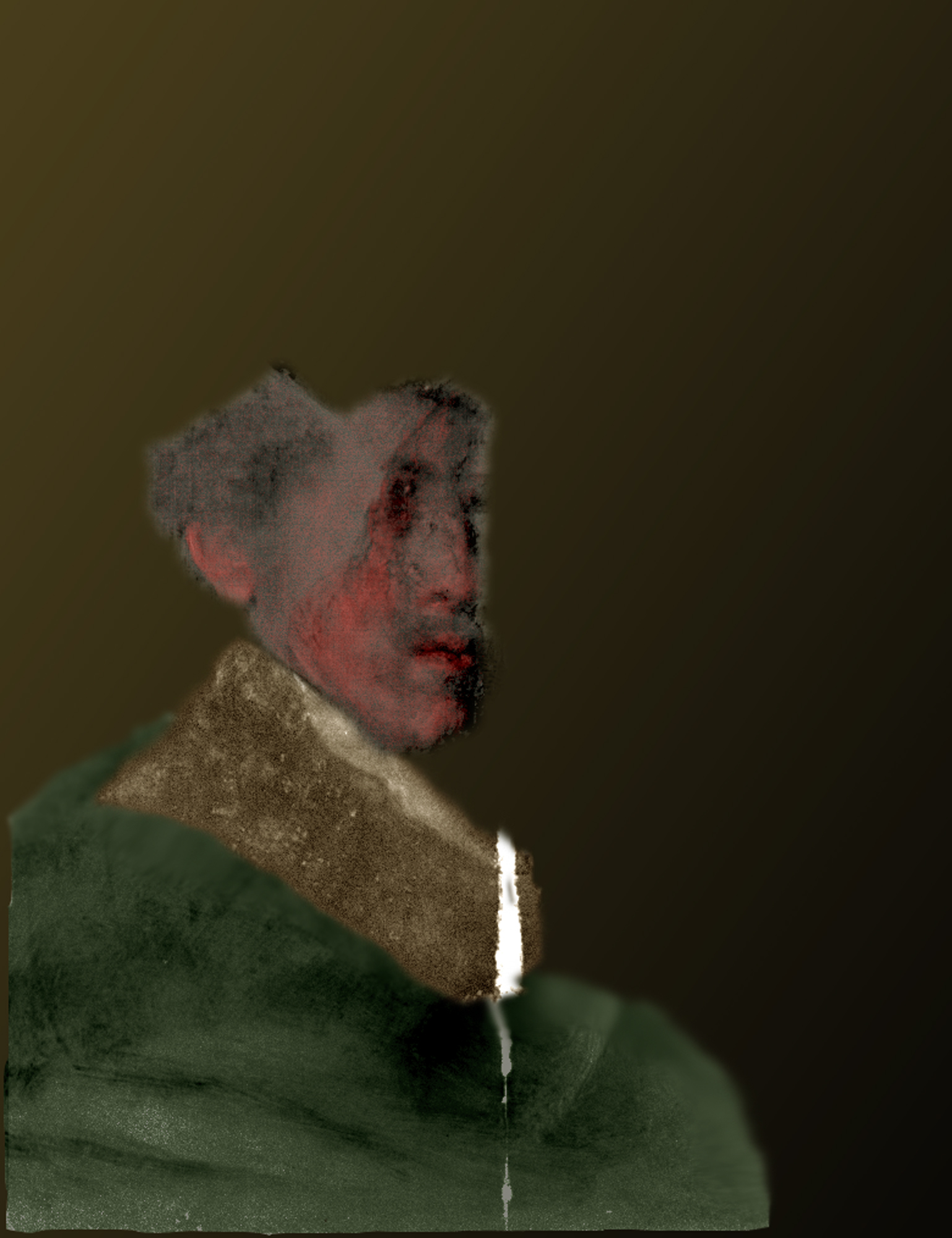 “Our ability to image the underlying painting has greatly benefitted from recent technological advances,” says Karen Trentelman, senior scientist with the Getty Conservation Institute. “Researchers are always limited by the tools available to them, and over the years the study of this painting – and the underlying image – has progressively advanced with the introduction of each new tool. With this latest study, our scans reveal the distribution of specific chemical elements, from which we can infer the pigments used in the first composition, providing us with the most detailed image of the underlying painting to date.”

Rembrandt is known to have re-used supports (i.e., wood panels, such as those used for An Old Man in Military Costume, but also canvases and copper plates), particularly during the early years of his career. The figure beneath An Old Man in Military Costume was first revealed in 1968 when the painting was X-radiographed as part of the Rembrandt Research Project’s study of the artist’s work. Subsequently, other imaging techniques, including neutron activation autoradiography (NAAR), provided better, but still indistinct, views of the underlying figure. Now, researchers have combined the results of two complementary, element-specific imaging techniques to study the picture—neutron activation autoradiography (NAAR) and the more recently developed macro-X-ray fluorescence (MA-XRF) scanning.

The full article has been published in the journal Applied Physics A, 1 September.