The current winter issue of Oud Holland presents five articles spanning 160 years of art. Oskar Rojewski opens with an analysis of newly found archival documents regarding the artistic activities of Michel Sittow at the court of Isabella of Castile around 1500. He provides insights into the fickle financial administration of the Spanish court and its serious consequences for artists of the time.

Ryan Gregg reconstructs the different phases of creation of Anton van den Wyngaerde’s extraordinary compilation of the island of Walcheren. The work was drawn over a period of several decades during the sixteenth century and measures more than ten meters. In the third article, Jørgen Wadum re-evaluates former technical examinations of the Brazilian still lifes and figures by Albert Eckhout. With new research, Wadum surprisingly argues that there must have been multiple hands completing this famous series in Amersfoort in the early 1640’s.

Michiel Roscam Abbing discusses previously unnoted writings on art and artists from the Harderwijk collector Ernst Brinck. Among many other details, it is now known that Rembrandt van Rijn himself sold his famous Hundred guilder print in 1648 or 1649 for – indeed – that very same amount. In the final article of this issue, Elizabeth den Hartog shows that the building in a painting by Pieter de Hooch (1661) resembles the Eva van Hoogeveenshofje in Leiden. She also identifies the portrait on one of the shutters as Emperor Charles V and argues that this motif could have been a critique on Dutch almshouses, which were not as poor as was generally believed.

See the Oud Holland website for summaries of each article.

Oskar J. Rojewski
The debts owed by the Castilian court to an emigrant painter: Michel Sittow’s sojourns in Castile (1492-1502/1504) 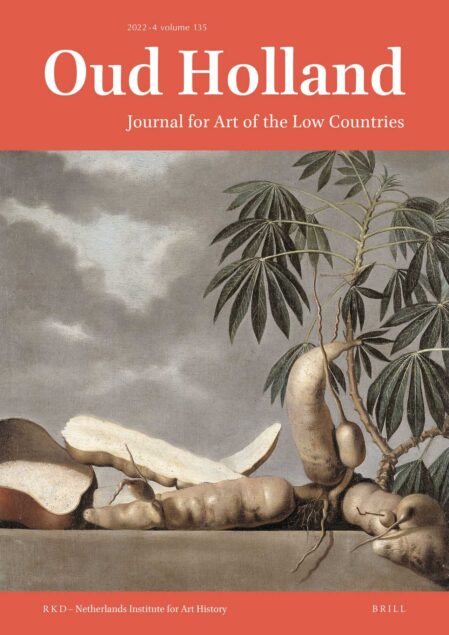 The oldest surviving art-historical journal in the world is a Dutch periodical. From 1883 until now Oud Holland – Journal for Art of the Low Countries publishes scholarly articles about important archival finds and major art-historical discoveries. The scope of Oud Holland is art from the Low Countries from ca. 1400 to 1920. For more information and news about recent issues of Oud Holland, online reviews, subscriptions and information for authors, visit oudholland.rkd.nl.