Many museums have gained a Rembrandt or two in the new Rembrandt survey, that will be published later this month. Not all of them accept the new attributions however. The Metropolitan Museum of Art in New York and the National Gallery in London for example have not accepted the re-attributions of works in their collections. Van de Wetering is convinced that time will proove that his attributions are correct. In an interview with Dutch newspaper NRC he states: "I am not into opinions, my statements are founded upon scientifically supported argumentations. For ANP he adds: "In 46 years I have gained so much insight in Rembrandt’s technique, use of materials and thoughts, that I can offer a strong argumentation in re-attributing the paintings."

The publication of this final volume also signals the end of the Rembrandt Research Project. The project started in 1968 by Bob Haak and Josua Bruyn, with the aim to rid Rembrandt’s oeuvre of paintings that harmed the image of the painter. They were soon joined by Simon Levie, Pieter van Thiel and Ernst van de Wetering. 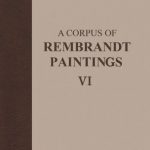