The Royal Institute of Cultural Heritage (KIK-IRPA) organizes an international symposium in honour of its founder and first director Paul Coremans (1908-1965), on 15-17 June 2015. Fifty years after he passed away, it is a unique opportunity to look back at his extraordinary career. The impact of his innovative ideas and vision on the conservation and restoration of works of art has been of paramount importance on both a national and international level. His views, thoughts and achievements in the field will be the focus of this international event.

This symposium will highlight Paul Coremans’s broad-ranging fields of interest: the conservation of works of art in museums, preventive conservation/climate control, the protection of cultural heritage in times of war, the status and role of the restorer, the importance of photographic documentation and scientific research, and the forgery of works of art. Coremans’s firmly held belief in the value of an interdisciplinary approach to the study of works of art will also be considered.

Four major themes will be treated:

The 20 minute contributions need to revisit the past in the light of current issues.

The main language of the symposium will be English, but papers in Dutch, German and French are welcome as well.

You are kindly invited to submit a 250 to 300-word abstract along with a one-page CV by email to coremans2015@kikirpa.be

All proposals received will be acknowledged and submitted to the Selection Committee. The papers will be published in the Bulletin of the Royal Institute for Cultural Heritage after the Symposium. 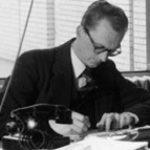