Culture critics largely agree that the death of Harry Mulisch (2010) has closed the chapter of a literary era largely dominated by the World War II generation. Taking inspiration from this notion of epochal shifts, this conference aims to explore the ways that art and history respond to such turning points of human culture. Conference participants are invited to address, in specific ways, the overarching question of how Netherlandic (or Afrikaner) visual, linguistic, and/or literary culture have responded to major moments of transition.

You are invited to submit an abstract of a paper from your own field, as seen through the prism of the conference theme Artistic Responses to Watershed Eras. Paper proposals on other topics or themes are also most welcome – an ICNS tradition. Select papers may be included in a conference publication to follow. Graduate students are especially encouraged to participate.

Please submit abstracts of 250 words, (accompanied by curriculum vitae) to seminars@calvin.edu with “ICNS Abstract” in the subject line by December 15, 2011. Acceptance notification will be given by February 1, 2012.

Registration begins February 1, 2012. Logistics/hotel information will be available at www.calvin.edu/scs by January 15, 2012. Cost for the conference will be $135 for general registration and $100 for student registration.

AANS membership is required in order to attend the conference (the fees are $40 for standard membership; $25.00 for full-time graduate students; $25.00 for emeriti/retired). 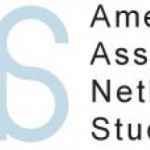