On 9 and 10 February 2017 an international conference will be held on the copies of paintings of Flemish masters during the sixteenth and the seventeenth centuries related to the Hispanic world. The event will take place at the Royal Institute for Cultural Heritage (KIK-IRPA) in Brussels and is organized in collaboration with the Spanish National Research Project COPIMONARCH. La copia pictórica en la Monarquía Hispánica, siglos XVI-XVIII from the Universidad de Granada.

The artistic heritage of the regions that once formed part of the former Spanish Empire includes a large number of painted copies after Flemish masters made during the sixteenth and the seventeenth centuries. Most of these works have received little attention even though they constitute a valuable source for understanding the artistic influence of the Southern Netherlands on Spanish and Latin American art and society in this period. Indeed, the study of copies of Flemish masters sheds light on a number of art historical issues, including the means of diffusion of artistic models, stylistic trends and the dynamics of the art market and the world of collecting. These copies are a valuable testimony to the political, commercial and cultural ties that existed between the Hispanic territories and the Southern Netherlands.

The conference will focus on the phenomenon of the copy from a large variety of approaches, ranging from workshop practices to collecting, trade and patronage. Papers about studies on particular copies are welcomed, but special attention will be paid to the driving forces behind the export-driven market of copies, such as artists, patrons, collectors and merchants. By taking into account cultural, religious, political and socio-economic dynamics, this conference aims to shed new light on the multifaceted artistic impact of the Southern Netherlands on the Hispanic world during the sixteenth and seventeenth centuries.

We welcome 20 minutes papers that offer new contributions in which recent methodologies and theoretical frameworks are applied to copies after Flemish masters from this period. Proposals can focus both on copies made in the Southern Netherlands to be sent to the Iberian Peninsula and Latin America, and on copies made in these regions.

Candidates are invited to submit their proposals to Eduardo Lamas-Delgado (eduardo.lamas@kikirpa.be) and to the project COPIMONARCH (copimonarch@gmail.com) before 15 September 2016. This should include an abstract (up to 300 words) and a brief CV (max. 1 page). The official language of the conference is English, but papers in French and Spanish will also be taken into consideration. The Scientific Committee will inform all the applicants of the final selection on 30 October 2016. Selected speakers will have the option of submitting their paper for publication in a monograph due to appear in 2018. Papers for publication will have to comply with peer review requirements.

Further information on the conference will be available from 30 October 2016 on www.kikirpa.be and http://wdb.ugr.es/~copimonarch/eventos/ 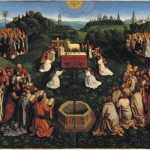