The Netherlands Yearbook for History of Art (Nederlands Kunsthistorisch Jaarboek, NKJ) calls for proposals for volume 63 (2013): ‘Artists on the move. Migrating artists from the Low Countries, 1400-1750.’

Since the Middle Ages artists from the Low Countries have been known to be fond of travelling. Guicciardini mentions in his Descrittione di tutti i Paesi Bassi (Antwerp, 1567) that Netherlandish artists spread all over Europe. In his 1604 Schilderboeck, Karel van Mander, the artist-biographer and a traveller to Italy himself, also remarked on the great number of artists from the Low Countries who travelled abroad. The Netherlanders, in particular painters, sculptors and goldsmiths, tended to be much more mobile than their colleagues from other European countries. A statistical study on the relationship between culture and economy between 1400 and 1800 demonstrated that the migration of Netherlandish sculptors and goldsmiths was the highest of all such artists in Europe (W. Brulez, Cultuur en getal, 1985). This cultural diaspora was in part a consequence of the high degree of urbanisation in the Netherlands. Between 1400 and 1800 the proportion of artists per capita was higher in Netherlandish towns than anywhere else. These urbanised artists were generally born into the lower middle classes of merchants, which since the Middle Ages had formed an important breeding ground for artistic talent. With their trading contacts, it is hardly surprising that many of them tried their luck beyond the borders of their native cities. Italy was the main destination for the Netherlandish migrants, but many travelled to other parts of Europe looking for success and inspiration. Their working territories stretched from Scandinavia and the Baltic states to the Mediterranean, England and even the Ukraine.

A remarkable number among them reached the highest positions imaginable in Europe’s major art centres and achieved great fame as court artists, as proved by the careers of Claus Sluter in Dijon, Anthonis Mor in Spain, Bartholomeus Spranger or Adriaen de Vries in Prague, Giambologna and Jacob Bijlevelt (‘Biliverti’) in Florence. Moreover, they exerted considerable influence on the artistic production of their time. Nevertheless most of them sank into oblivion soon after they died. Confusion about identities and names often played a role: various artists were known by different names abroad from those in their own country. They were long neglected by Dutch art history as they did not fit into the traditional canon of the Low Countries, nor were they adopted into the national schools of their new homelands.

This pan-European phenomenon has never been studied integrally. Most authors have restricted themselves to one period, one cultural centre or one art form. Hoogewerff in his seminal archival studies focused exclusively on Netherlandish artists in Rome, Horst Gerson’s exemplary work Ausbreitung und Nachwirkung der holländischen Malerei des 17. Jahrhunderts (1942) only dealt with 17th-century painters. More recently, the exhibition Fiamminghi a Roma (Brussels 1995) paid attention to 16th-century painters and sculptors from the Low Countries in Rome, while the Netherlanders at the Habsburg courts of Prague and Vienna have been studied by DaCosta Kaufmann, Fuçikova and others.

The editors would welcome proposals for contributions that address the topic of migrating Netherlandish artists from various, preferably interdisciplinary perspectives. In addition to case-studies of a monographic character, contributions which deal with broader aspects of the phenomenon are particularly encouraged. Central topics and questions that could be addressed are:

– Which motifs or causes (the so-called push- and pull-factors) prompted migration of artists? What was the role of the Reformation and the Eighty Years War in the Netherlands? What mechanisms played a role in migration (active acquisition policy by princes? the role of merchants, art agents, diplomats or artists as diplomats; the influence of existing trading networks)? Why did relatively few Netherlandish artists settle in France?
– The issue of maintenance of identity and community in the new homelands; the adoption of new names and distinctive signatures (‘fiammingho’, ‘Batavus’, ‘Frisiae’ etc.). How were these artists received by their host cultures? What institutions did they engage with and how did they organise their new lives?
– How did these movements take place in time (chronology) and space (geography)? Are there certain patterns to be discerned? Are there significant differences in migration patterns between different kinds of artists, such as painters, sculptors, architects, tapestry weavers, printmakers, draughtsmen or goldsmiths?
– What consequences did migration have for the individual careers of these artists, and for their art production, style etc.? How influential were they in their new homelands? What factors contributed to success and failure? In what way did such artists affect developments in the art of their native countries? How was the art of these migrants perceived abroad? Was it considered distinctively Netherlandish?
– What exchanges of ideas, styles, materials or techniques took place as a result of migration, and how were these exchanges effected? What was the role of prints, drawings and casts?
– How have these artists been treated in the history of art? In what way did migration influence their fortuna critica and posthumous reputation?

The NKJ is dedicated to a particular theme each year and publishes articles that display a diversity of approaches to the study of Netherlandish art. Contributions to the NKJ (in Dutch, English, German or French) are limited to a maximum length of 7.500 words, excluding the notes.

Proposals for papers, in the form of a 300-word abstract and a short CV, should be sent to all three volume editors: 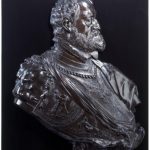