Information from the organizers, 23 September 2016

Organized by the Rijksmuseum, Amsterdam and the RKD – Netherlands Institute for Art History, The Hague in collaboration with the University of Bamberg and the CVNK (Contactgroep Vroege Nederlandse Kunst/Network for specialists in early Netherlandish art)

The 5th of June 2017 marks the 150th anniversary of the birth of Max J. Friedländer (1867-1958), offering an excellent opportunity to reflect on his legacy. Having grown up scarcely 200 meters from the Altes Museum in Berlin – something that he loved to point out – Friedländer joined the city’s Gemäldegalerie in 1896 as Wilhelm Bode’s scholarly assistant. He was appointed director of the Kupferstichkabinett in 1908, then subdirector of the Gemäldegalerie in 1912 and finally director of the latter in 1929. Under the energetic leadership of Bode, the slightly shy but highly ambitious Friedländer developed into a recognized connoisseur and author of over eight hundred publications. He also made significant acquisitions for Berlin, including paintings by Hugo van der Goes and drawings by Matthias Grünewald. His museum career came to a sudden end in 1933, when the Nazis purged the Berlin museums of Jewish influence. Eventually, Friedländer, with the help of the RKD, emigrated to The Netherlands. Having survived the Second World War he died in Amsterdam in 1958 at the age of 91.

In art history Friedländer’s name is primarily connected with his famous fourteen volumes Die Altniederländische Malerei (1924-1937). Although the English translation of this pioneering work, published between 1967 and 1976, made Early Netherlandish Painting accessible to a larger audience, it also concealed Friedländer’s mastery of the German language. Currently, Friedländer’s magnum opus is mostly consulted as a reference work. In addition to his expertise in early Netherlandish painting, Friedländer was equally known for his knowledge of early German artists such as Albrecht Altdorfer, Albrecht Dürer and Lucas Cranach. Probably less well known are his writings on modern printmaking around 1900.

In the history of art history Friedländer is primarily associated with ”connoisseurship”, which he considered to be the most important competence of an art historian. As early as 1919 he published Der Kunstkenner, followed by Echt und Unecht. Aus den Erfahrungen des Kunstkenners ten years later. These publications are unthinkable without the experience his positions at the Berlin museums afforded him. The essence of his connoisseurship was finally worded in his book On Art and Connoisseurship from 1942, which received much appreciation.

According to Friedländer, connoisseurship can be gained only by practice and inevitably embodies a subjective form of scholarship. This approach was already criticised in his own day. Subsequently, the lack of a theoretical underpinning and the impossibility of factual verification, gradually led to the decline of connoisseurship as a scholarly method, especially in the academic field.

The symposium aims at highlighting Friedländer’s work as museum official, scholar and connoisseur. Moreover, the relevance of connoisseurship for today’s art history will be discussed.

Papers focussing on the following topics are invited:

The conference will be held in English. Proposals for 20-minute papers (in English, maximum 400 words on one page A4, including your name, position and institute) should be submitted before 7 November 2016 to:
Suzanne Laemers: laemers@rkd.nl 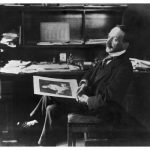 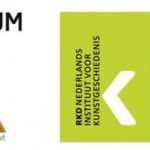