The first five volumes (out of seven) of the new catalogue raisonné of Rembrandt’s etchings have been published in the New Hollstein Dutch series. They will be the standard reference work on the subject for the years to come:

The Rembrandt volumes in the regular Hollstein Dutch series (vols. XVIII and XIX) compiled by Christopher White and Karel G. Boon, which saw the light in 1969, have served as such for decades and still stand as an important landmark in the study of the master’s oeuvre. Although in numerous publications in the following years small adjustments to their work have been made, only more recently the ideas that formed the point of departure for their studies have been put to the test more seriously.

In fact, Erik Hinterding’s studies into the practice of production and distribution of Rembrandt’s etchings caused a landslide in this field (published in 2006 as volume 6 in Sound & Vision’s series Studies in Prints & Printmaking). Together with the flood of other literature and exhibition catalogues, which saw the light to celebrate the artist’s 400th birthday in 2006, the time was ready for a thorough update. Naturally, these new volumes reflect the most up-to-date insights brought forward in the recent literature; opinions on attribution, identification of subjects, and related drawings and paintings. In addition, information is given on different editions (following the study of the watermarks) and on the history of the copperplates. As a result, a sharp distinction can now be made between contemporary and posthumous states. Moreover, the descriptions of the individual prints are more detailed than ever, accurately defining the many different states, among them dozens of newly discovered ones presented here for the first time. All of them are fully illustrated and in many cases enlarged details are included to show the minute level of Rembrandt’s changes. Also the number of copies after Rembrandt’s etchings has been expanded considerably, listing over twice as many as the previous reference works, and all illustrated too. This new catalogue is organized chronologically rather than thematically, as the 1969 volumes by White & Boon were, and thus gives a vivid insight into Rembrandt’s career as a printmaker, from his hesitant early years to the powerful large works in drypoint as a mature artist. Rembrandt is shown as having been experimenting constantly, always in search for new solutions, and his status as the single most important printmaker ever is reconfirmed.

The New Hollstein Dutch & Flemish series was launched in the 1990s with the aim of updating and perfecting the information contained in the earlier volumes of the Hollstein Dutch & Flemish series that Friedrich Hollstein himself compiled until his death in 1957. The improvements of the Hollstein series in recent years made the shortcomings of the early volumes unacceptable. Only about one-quarter of the catalogued prints were illustrated in them.

This alone was enough to make the early volumes obsolete. Moreover, all the serious users agree that the information they contain is often incomplete and sometimes inaccurate. The higher standards of research, including extensive travelling by compilers resulting in fewer lacunae, the policy of reproducing nearly every entry, the addition of much information to the entries, are among the evident merits of the new volumes. It has been decided not to work alphabetically, but to develop a publishing schedule combining filling in clear desiderata while offering a multi-facetted line of products. This has led to publications on outstanding engravers, such as Lucas van Leyden and Cornelis Cort. Another line of inquiry involves key figures from the Dutch Mannerist movement, with publications on Karel van Mander and Jacques de Gheyn II and more recently Jacob Matham and Hendrick Goltzius.

A parallel series of publications is being planned for the Southern Netherlandish school of the sixteenth century, an area and a period particularly poorly covered in the old volumes: Gerard van Groeningen is one of the first masters of choice due to his omission in the earlier Hollstein. The editors share the view of the new generation of scholars that the role of the designers has long been played down in assessing the authorship of a print. Major designers in the history of printmaking are individually treated, with the volumes on Anthony van Dyck as an example for the seventeenth century and more recent Johannes Stradanus. The recent volumes on Frans Floris and Crispijn van den Broeck and Hendrick Goltzius have been received with great enthusiasm. 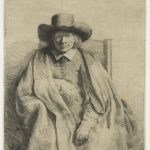