Save Museum Jan Cunen and sign the petition today through redmuseumjancunen.petities.nl.

Museum Jan Cunen Oss is threatened with closure. The municipality of Oss, the principal funder of the museum, has disclosed the intention of shortening the museum budget with 500,000 (on a total budget of 864,000). This could only result in the liquidation of the museum: the beautiful 19th-century building will be sold, the important collection of nineteenth century and modern Dutch art will go to storage indeterminately. The only future the collection has in the plans of the municipality is an occasional and limited exhibition in the local public library.
With this decision, a well organized museum that attracts some 30,000 enthusiastic visitors every year, will disappear as a result of the financial crisis.

Museum Jan Cunen is well-known for organizing exhibitions on important 19th-century Dutch artists such as Willem Roelofs and Jacob Maris. These exhibitions had second venues in major institutions such as the Kunsthal, Rotterdam, Teylers Museum Haarlem and the Gemeentemuseum, The Hague. Contemporary art is also an important part of the Museum Jan Cunen: important Dutch artists as David Bade, Viviane Sassen, Elspeth Diederix and others held their first museum shows in Oss. 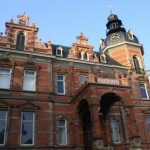 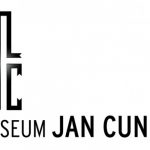