Last Friday, 21 June, in Leuven, three new publications were presented by the Research Network Identity, Function and Expansion of Flemish Baroque in a European Context of the University of Leuven. Two of them, Embracing Brussels: Art and Culture in the Court City, 1600-1800 and Gonzales Coques (1614-1684): der kleine Van Dyck have been published. The last, Habsburg Tapestries will appear in August.

It would appear that ‘Flemish Baroque’ has come to be regarded as synonymous with ‘Antwerp Baroque’. The aim of this publication on art and art production in Brussels in the period 1600–1800 is to reconsider the art-historical position of Brussels as a major hub of activity and place of residence for courtiers and artists alike. Attention will focus on matters as diverse as literature, music, housing, and the guild system, besides which aspects of the art trade, style differentiation and case studies relating to individual artists will be discussed. In the seventeenth and early eighteenth centuries, the Habsburg Court was viewed as the supreme creative centre, where systems of symbols were forged and propagated that were designed to display both the artist’s craftsmanship and the ruler’s piety.

The position of Gonzales Coques in seventeenth century Flemish painting is shown by his contemporary nickname of “The little Van Dyck”. Coques developed a smale scale portrait style influenced by Anthony van Dyck and successfully extended the aristocratic portrait tradition to the middle classes. He also succeeded in combining aristocratic flair with an ethical view of the world and personal icons in small paintings.

In the second half of the seventeenth century there was a marked trend towards small pictures in the Netherlands. Coques’ middle class individual portraits are the same size as those of his fellow painters but his middle class family portraits are about 25% smaller than the average contemporary group pictures. Collections of cabinet paintings were conversation pieces that showed private life through the medium of painting.

This publication presents a descriptive catalogue of the Flemish tapestries collected by the Habsburg rulers of the Low Countries, that examines their historical and cultural context.

The Flemish tapestries collected by the Habsburg rulers of the Low Countries are among the most beautiful art works of the Renaissance period. This book places these important tapestries in their historical and cultural context. Part I of the book examines the relationship between the Habsburgs and the tapestry industry in the Low Countries, the roles of the artists who designed the tapestries, the weavers who made them, and of the tapissiers, the court officials who looked after the royal tapestry collections. This is followed by four chapters which document and survey the collections formed by the Habsburg rulers of the Low countries: Margaret of Austria, the Emperor Charles V, Mary of Hungary and Philip II of Spain. Part II of the book is a detailed catalogue of thirteen of the most important surviving Habsburg sets. These include such important tapestries as the Honours, the Hunts of Maximilian, the Armorials of Charles V, the Seven Deadly Sins, the History of Vertumnus and Pomona and the Apocalypse. Every tapestry of each set is given detailed analysis and all are reproduced in full colour in over 100 colour plates. An extensive Appendix gives many of the original documents concerning the tapestries as well as the most important surviving Habsburg tapestry inventories from the period. 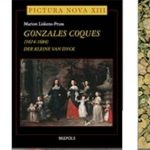