For the catalogue of the 1965 monographic exhibition in Rotterdam and Bruges on Jan Gossart (ca. 1472-1532) a compilation was made of 68 documentary references pertaining to the artist’s life and works. Now, forty-five years later, there has been a reassessment of Gossart and his oeuvre which has resulted in a new catalogue raisonné, Man, Myth, and Sensual Pleasures: Jan Gossart’s Renaissance.

The present text, Jan Gossart: The Documentary Evidence accompanies this volume. This tome covers more than 130 documents, including inventories, accounts, biographies, descriptions and other records about Gossart’s life and works, up until the mid-18th century. These mainly archival records have been re-examined and transcribed anew, and subsequently discovered documents have been added. Each transcription is accompanied by a short description and comment as well as published references. The book includes photographs of original records. Additionally, two of Gossart’s works for which most of our knowledge is based on documentary evidence are discussed: the so-called Salamanca Triptych and the famous, now lost, Middelburg Altarpiece. 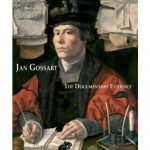