Yesterday the Dutch parliament voted on the proposals for the cultural policy for the years 2013-2016. Amidst all-round budget cuts, the situation of the Rijksmuseum Twenthe, Huis Doorn and Slot Loevestein (the castle where Hugo de Groot was once imprisoned) received considerable attention, because the proposed budget cuts for these three museums would force them to close to the public.

Rijksmuseum Twenthe received good news. A proposition to offer the museum extra funding for the coming four years received a broad support throughout parliament. This means the museum remains open. Director Arnout Odding states in newspapers that he is glad with this latest development and happy the museum stays open, but he also regrets that the museum was forced to dissmiss some highly appreciated colleagues.

For Huis Doorn and Slot Loevestein the result was devastating. A proposition of three parties to create an additional budget for them too failed to obtain a majority. The director of Slot Loevestein refuses to close the museum and will go on trying to find additional private funding for the museum.

Huis Doorn plans to start a juridical procedure against the cuts. Also, the German Stiftung Preussischer Schlosser und Garten has indicated that they are quite willing to start talks with Huis Doorn on how they can help to keep the museum open. Huis Doorn was the refuge of the last Emperor of Germany Wilhelm II after the first World War. 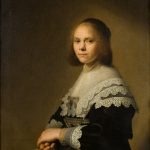