The Provenance Research team of the Bayerische Staatsgemäldesammlungen began preparing the release of information in 2018. Priority was given to acquisitions made during the years 1933-1945 and objects that were taken on from the expropriated assets of NSDAP functionaries and organizations. By publishing the so-called provenance chains (sequence of owners) online, the Bayerische Staatsgemäldesammlungen are meeting the demand for transparency in provenance research in accordance with the “Washington Principles” of 1998 and the subsequent “Joint Declaration” of 1999.

The provenance data is based on systematic initial checks during which – depending on the holdings – sources such as literature, purchase records, picture files, databases and documents from the Central Collecting Point are evaluated, as well as the reverse side of pictures, as appropriate. The research was carried out in accordance with the guidelines for the standardization of provenance data provided by the German Arbeitskreis Provenienzforschung e.V. 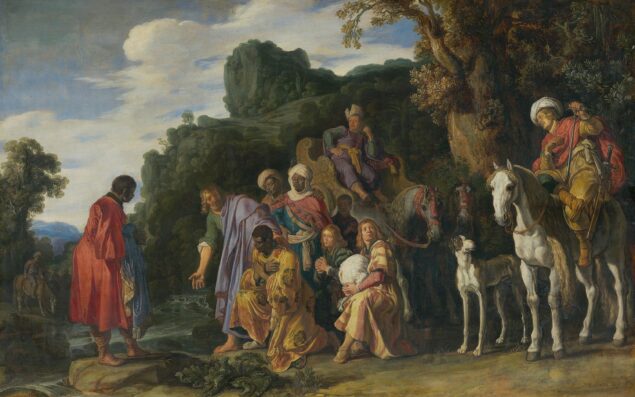 The provenance chains of approximately 1,200 artworks are publicly available on www.sammlung.pinakothek.de and include highlights by Dutch and Flemish artists such as Jacob Jordaens, Paulus Moreelse, Jacob van Ruisdael, Bartholomeus Spranger, Pieter Lastman, Jan Breughel and many others. The “Provenance” section in the records of these objects lists all known owners, periods of ownership, and the type of acquisition.

The data will be updated and expanded as new information is discovered. In 2023 the provenance of works of classical modernism will be put online, followed by the objects acquired after 1945 at a later date.

Use this link to access the database and see all objects with a documented provenance.